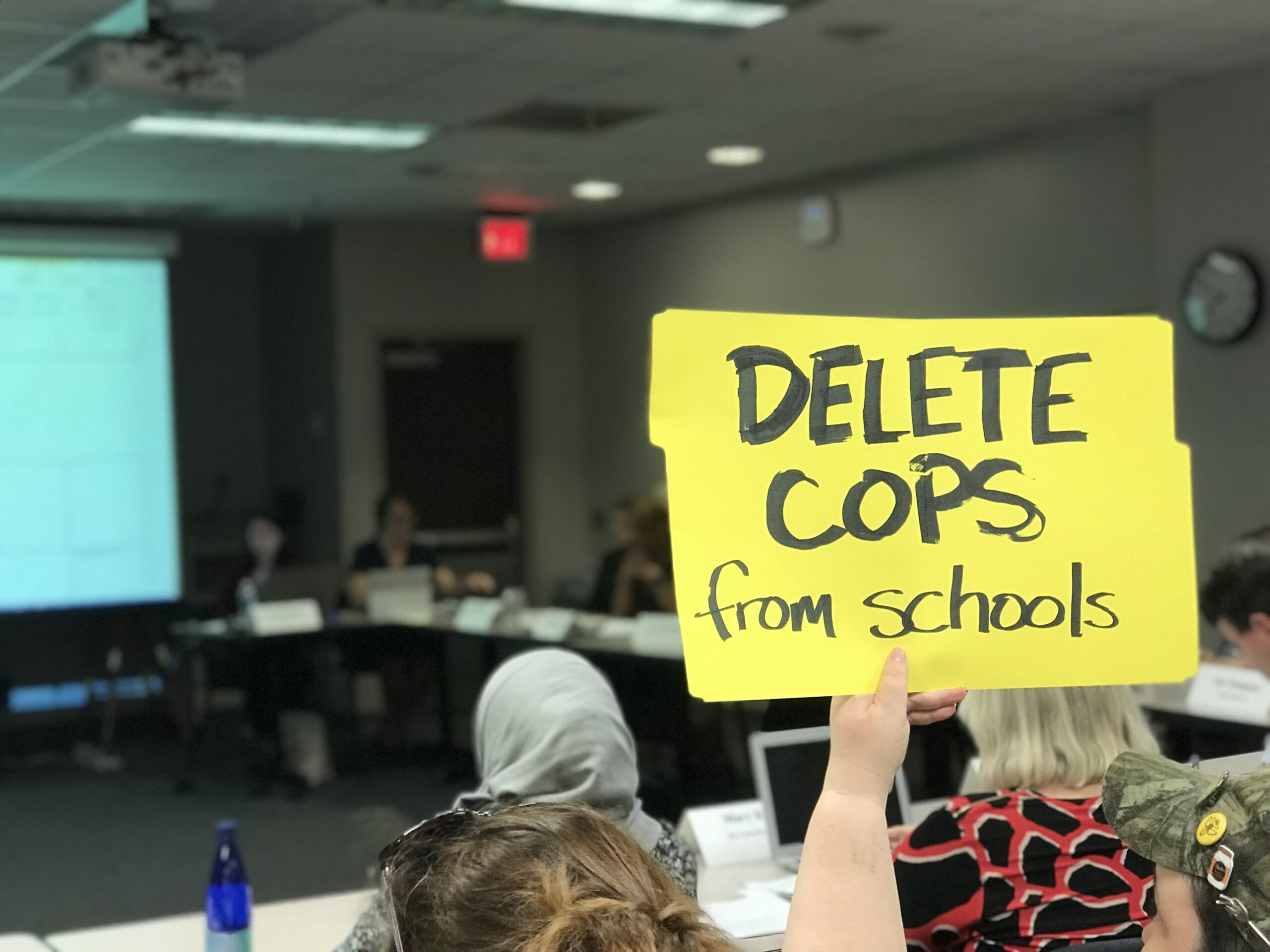 Falls Church, Va – On July 26, 2018 the School Board approved an agreement or Memorandum of Understanding (MOU) related to the role of school resource officers (SROs or police officers in schools) between Fairfax County Public Schools and the Fairfax County Police Department. This MOU is an important step in addressing the racial disparities in student arrests between Black, Brown and Native students compared to White and Asian students.

NAKASEC appreciates the School Board’s leadership in adding more specific language protecting students from ICE as a result of the combined organizing and advocacy of several organizations in Fairfax County, including NAKASEC, Fairfax County NAACP, Fairfax People Power, and Mason DREAMers. NAKASEC was one of the original members of the SRO advisory committee, which convened at the urging of the Fairfax County NAACP.

For some Asian American and immigrant students, an arrest is not just an arrest, but could also be a gateway to deportation. So to protect students from deportation, we must also protect them from criminalization.

However, many of our other suggestions throughout this process to decriminalize our schools were not included. Most importantly this included a recommendation to establish an oversight committee composed of parents, students, teachers, staff, and other relevant stakeholders to provide a clear process and quick process of accountability in the case of SRO misconduct. Additionally, we are concerned that the “criminal” situations that SROs deal with may include common teenager activities such as possessing marijuana or alcohol, and trespassing.

Ultimately we hope that this MOU can start a long term conversation on phasing SROs out of schools completely in favor of a more restorative justice approach. We want schools to invest more in counselors, behavior interventionists, support staff, aides, and other support staff who would be better trained than SROs to respond to young people, many of whom may act out as a result of childhood trauma or a disability.

“The meeting was a really good place for the community to get their voice out. I do agree with (School Board member) Ryan McElveen that they need to improve this process of improved communications with the public. Additionally, even though they had the police captain and major to clarify some wording, there were still some terms, such as ‘criminal nature’ being unclear. Like I said before, it was still great that we had so many speakers, with some telling their stories to the board, which helped their case.”

“My experience following the County’s MOU advisory committee and subsequently the School Board’s work session meeting on the issue has been very illuminating. The context of this MOU is that Black, Brown, and Native students are disproportionately criminalized by SROs (and the administration) of our county’s public schools. Our suggestions to improve the initial drafts of the MOU were not added during the 3 weeks of the County’s advisory committee where School Board members were not present. Imagine my surprise when we took these issues to the School Board and they immediately were able to add some, but not all, of our suggestions in the matter of 4 workdays. In the future I hope that the Board of Supervisors and Police Department will show a bit more care concerning issues of racism in our county.”