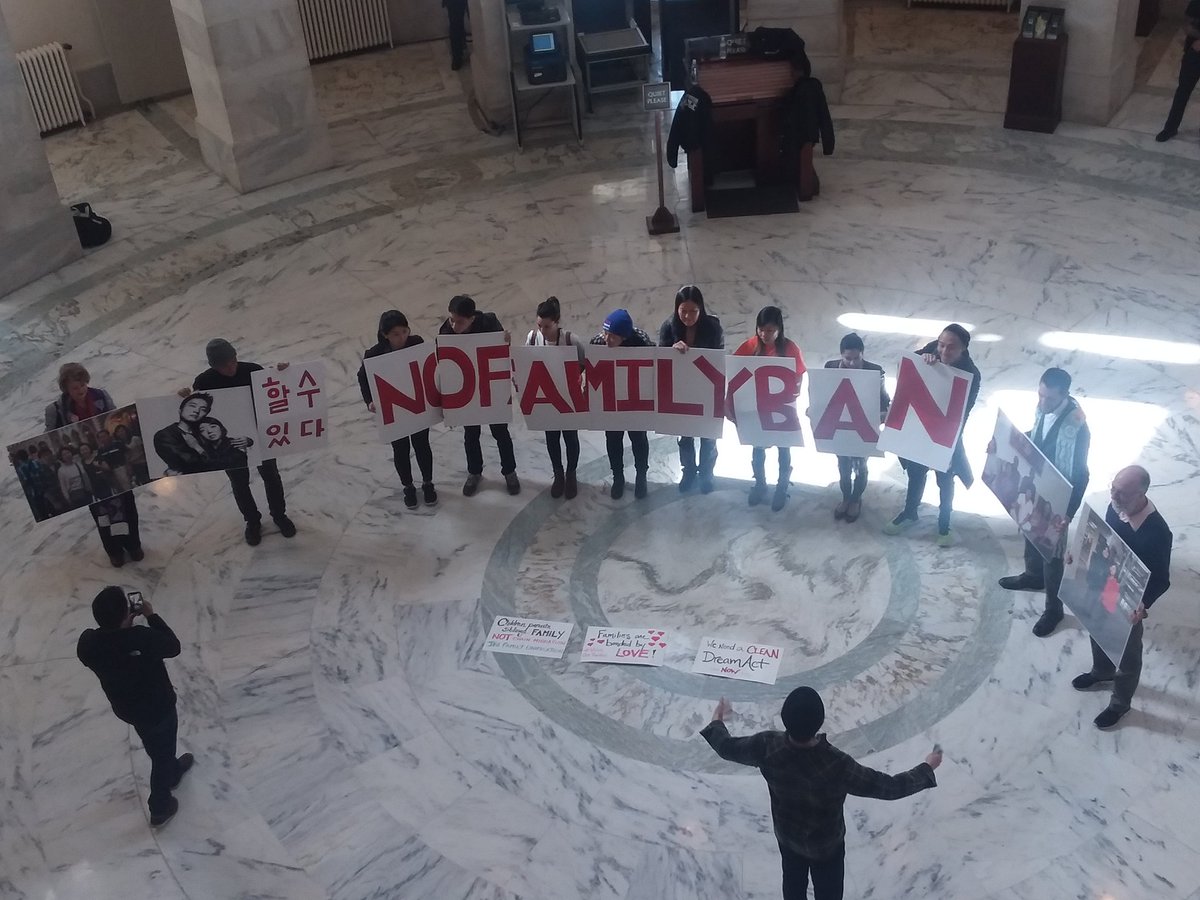 Chicago, IL – On May 1, 2018, Texas and six other states sued the federal government in an attempt to end the Deferred Action for Childhood Arrivals (DACA) Program, which allows for immigrant youth to work and access education. Attorney General Ken Paxton of Texas, whose office filed the lawsuit, stated that DACA itself was unconstitutional and that President Trump was being forced by federal judges “to leave an unlawful program in place indefinitely as legal challenges drag on.”

NAKASEC & Affiliates, HANA Center of greater Chicago, Korean Resource Center of Southern California, and its growing chapter in Virginia, condemn the seven states that are participating in such a clear attack on our young people. Paxton argues that he is challenging the legality of DACA, but we know that DACA is currently being discussed in the courts as is, renderingPaxton’s lawsuit completely unnecessary. From here, it becomes clear that this lawsuit is not fueled by legality, but by a cruel, xenophobic agenda that will put hundreds of thousands of youth directly in harm’s way and tear apart countless families and communities.

“This isn’t the first time that Texas has come for its undocumented people. In 2014, Texas successfully sued against a program that protected our parents from deportation and just this past month, Texas unblocked racist SB4. I know that my community will not stand by idly against these attacks. Texas is our home, and we are here to stay!”

NAKASEC & Affiliates will be following this lawsuit closely and will update our community members as soon as new information becomes available.