#RiseUP with NAKASEC on May Day! 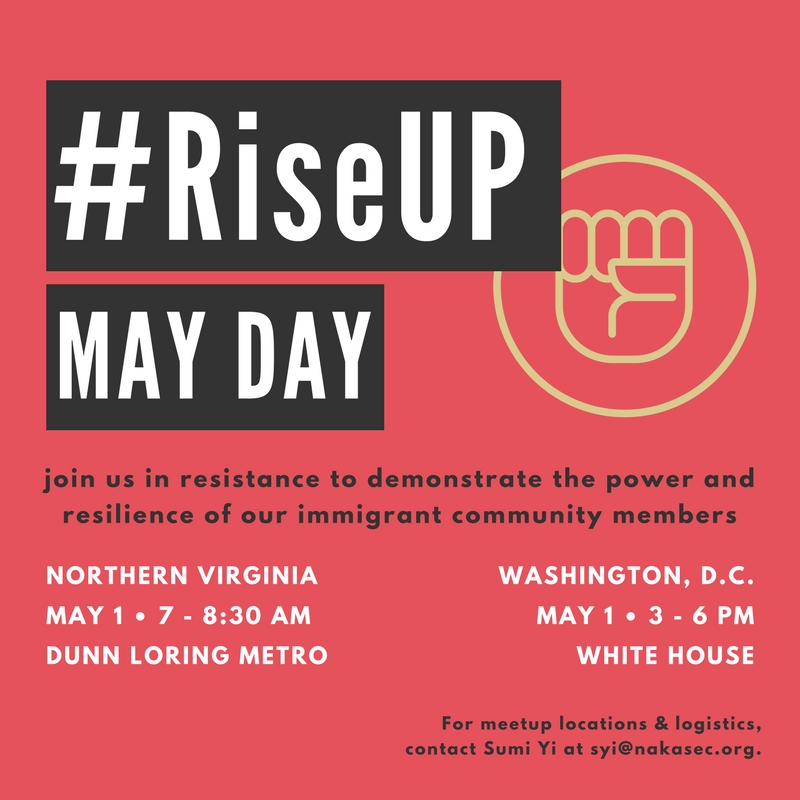 Rise Up with NAKASEC on May Day!
Calling for unity and justice of all working people and immigrants

On Monday, May 1st, the National Korean American Service & Education Consortium (NAKASEC) will rise in solidarity with working people and immigrants across the world by organizing actions in Northern Virginia and Washington, D.C. We will raise awareness about immigrants in Virginia and nationally by highlighting our economic contributions, protesting the harsh anti-immigrant rhetoric and policies, and demanding just treatment for all.

In the morning, NAKASEC, the Virginia Latina Advocacy Network (VA LAN), and La ColectiVA will organize a rally at the Dunn Loring-Merrifield Metro Station and U.S. Citizenship and Immigration Services Field Office.

In the afternoon, along with the National Asian Pacific American Women’s Forum (NAPAWF) and the Asian Pacific American Labor Alliance (APALA), AFL-CIO, NAKASEC will lead an Asian American and Pacific Islander contingent in Washington, D.C. Participants will gather at McPherson Square Metro Station before marching to the White House to join the thousands of working people at the #RiseUP Rally. We are excited to be joined by Father Athanasius Choi of Washington Korean Christ Episcopal Church, who will deliver an opening prayer to start off the rally.

Join NAKASEC and our partners to show the world that we will not be afraid to rise in solidarity with working people across the globe!