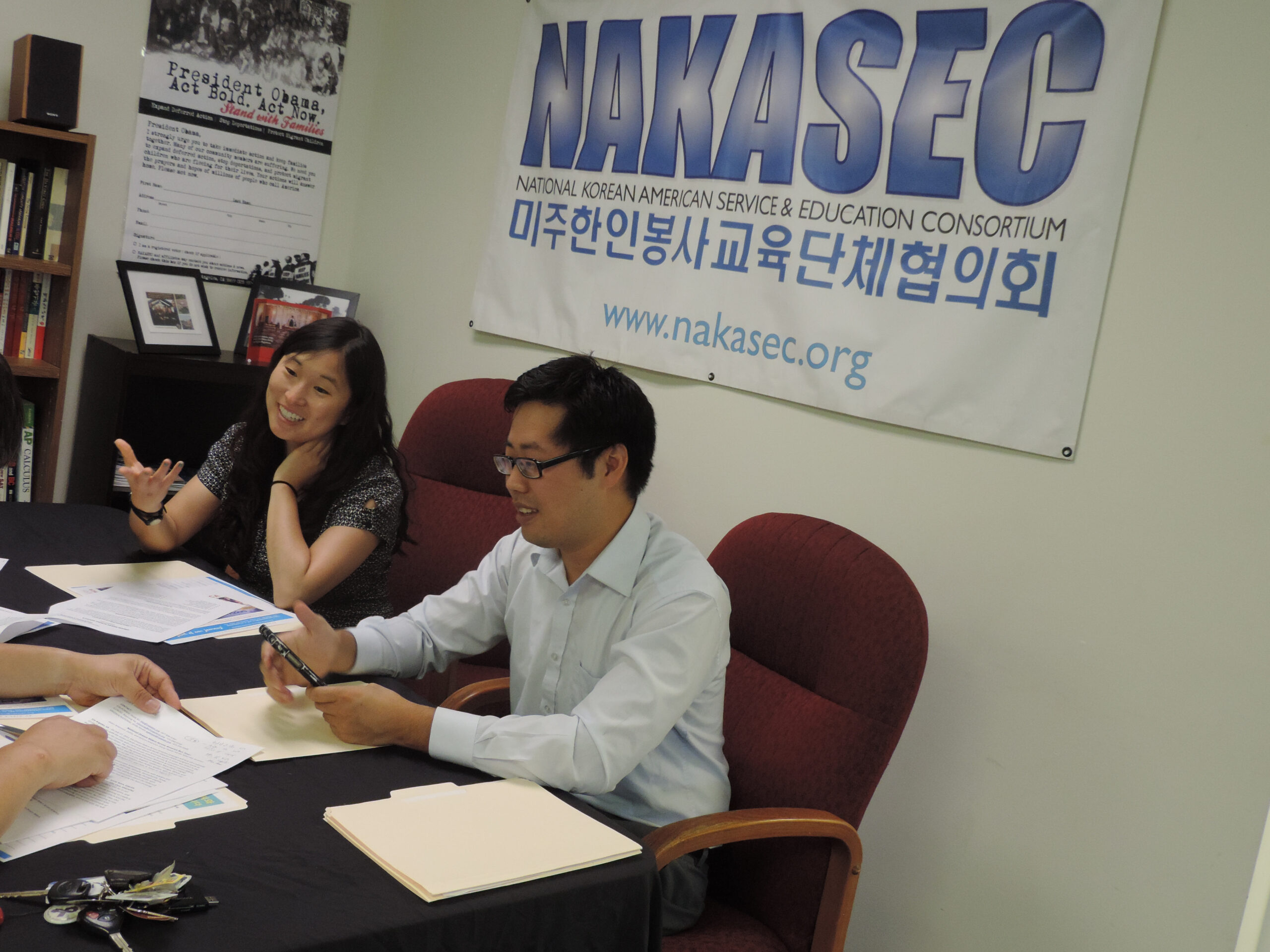 Washington DC – On July 27, 2015, the Dream Riders Across America campaign will kick off a national 12-day bus tour to uplift the voices of Asian American and Pacific Islander (AAPI) immigrant youth as they build power across the country with Latino and African American youth in seven key states in the southern region of the United States. The National Korean American Service & Education Consortium (NAKASEC), the Korean Resource Center (KRC), the Korean American Resource & Cultural Center (KRCC), Service Employees International Union (SEIU), and SEIU-United Service Workers West (SEIU-USWW) announced the campaign at press conferences on July 2 in Los Angeles, California; Chicago, Illinois; and Annandale, Virginia with some of the Dream Riders and Children Over Politics leaders, who will join the bus tour. The tour itself will begin on July 27 in Washington D.C. and close in Texas on August 7.

The bus tour will begin with a full day of advocacy and grassroots fundraising efforts with leaders and supporters in the Greater Washington D.C. area. Youth from California, Georgia, Pennsylvania, Texas, Illinois, and Virginia are among the 14 Dream Riders who will hit the road, traveling through Virginia, North Carolina, Georgia, Florida, Alabama, Louisiana, and Texas. They will build relationships with immigrant rights groups and educate immigrant and people of color communities about the Deferred Action for Childhood Arrivals (DACA) program and other opportunities that benefit the lives of young immigrants and families.

In a joint statement, Dae Joong (DJ) Yoon, executive director of NAKASEC, Jenny Seon, interim executive director of KRC in Los Angeles and Orange County, California, and Inhe Choi, executive director of KRCC in Chicago, Illinois, said the following: “The reason we have come this far in our movement is because of the power of young people. We are inspired by the dreams, dedication, and hope of young leaders who envision a more just country and world. They are actively working to create a brighter future for all immigrant families. As our youth lead the fight to restore expanded DACA and the Deferred Action for Parents of Americans and Lawful Permanent Residents (DAPA) program, they also understand that our communities need a solution that is permanent and expansive. By traveling across the country with our emerging young leaders, we will send a clear message to those lawmakers who refuse to listen and continue attacking our families that the power of young immigrants and people of color and their communities cannot be silenced. Our movement is unstoppable, and in the end, we will win.”

Alejandra Valles, Secretary-Treasurer of SEIU United Service Workers West, said: “SEIU has chosen to send Children Over Politics to be a part of the Dream Riders Bus Tour because they are the faces and the stories of why the DACA expansion and DAPA are needed. The impact they will have as they educate and register voters in the Southern States will help blaze a pathway to citizenship for all.”

Yamilex Rustrian, Children Over Politics Youth Leader, said: “As part of our work, we are advocates for all undocumented youth and their families. When I received DACA, it opened many doors for my family and me. I want my family and friends to feel reassured as they live and work here in the United States of America.”

Ixchel Hernandez, Children Over Politics Youth Activist and Dream Rider, said: “We have the power to share our stories and hold candidates accountable to support DACA and DAPA. We will organize communities to make a clear, reasonable pathway to citizenship a defining issue in the 2016 election.”

Give to Dream Riders Across America at: igg.me/at/dream-riders

In 2013, NAKASEC, KRCC, and KRC launched the first Dream Riders Across America campaign to uplift the voices of immigrant Asian American and Pacific Islander (AAPI) young people one year since the Deferred Action for Childhood Arrivals (DACA) program began. The 2015 bus tour is round two of the Dream Riders Across America campaign hitting the road to educate our communities about the experiences and contributions of immigrant families, build meaningful relationships with immigrant and people of color communities, and activate fellow youth to be leaders for change.

Children Over Politics (COP) is a youth led organization. Participants in the program include the children of SEIU members and the children of partner organizations. Last year, the youth came together to fast for the Salvadoran youth who fled gang violence in their home country. In recent months, COP showed solidarity with youth who have experienced police brutality and working parents who have faced wage theft, low pay, and other issues of social and economic justice.

The Service Employees International Union (SEIU) unites 2 million diverse members in the United States, Canada and Puerto Rico. SEIU members working in the healthcare industry, public sector and in property services believe in the power of joining together on the job to win higher wages, benefits and create better communities, while fighting for a more just society and an economy that works for all of us, not just corporations and the wealthy.

The SEIU California State Council is over 700,000 members strong in California, and we are proud to be part of the largest and fastest growing union in the United States, the Service Employees International Union, with over 2.0 million members nationwide.