Virginia is ready for DAPA and DACA expansion, No More Delays

Falls Church, Virginia — On July 9, 2015, the day before the 5th Circuit Court of Appeals hears oral arguments on the lawsuit blocking the implementation of the deferred action programs, immigrant rights organizations in Virginia hosted a community town hall on the importance of the Deferred Action for Childhood Arrivals (DACA) and Deferred Action for Parents of U.S. Citizens and Legal Permanent Residents (DAPA) programs for immigrant families in Virginia at the Culmore United Methodist Church. The 2015 DACA/DAPA Community Town Hall facilitates a dialogue between community members and Virginia congressional offices, Virginia House of Delegates, and other civic leaders about how to best move forward to defend DAPA and DACA expansion and provide further relief for hardworking immigrant parents, young people, and their families. The event was organized by the Virginia Coalition of Latino Organizations (VACOLAO), the National Korean American Service & Education Consortium (NAKASEC), the Virginia Coalition for Immigrant Rights (VACIR), the Virginia Latina Advocacy Network (VA LAN), DREAMers Of Virginia (DOV), Mason DREAMers, and DREAMers Moms USA. Representatives from the offices of Senator Tim Kaine, Senator Mark Warner, Representative Don Beyer, and Representative Gerry Connolly joined the event and committed to delivering community concerns and recommendations to Congressmembers. 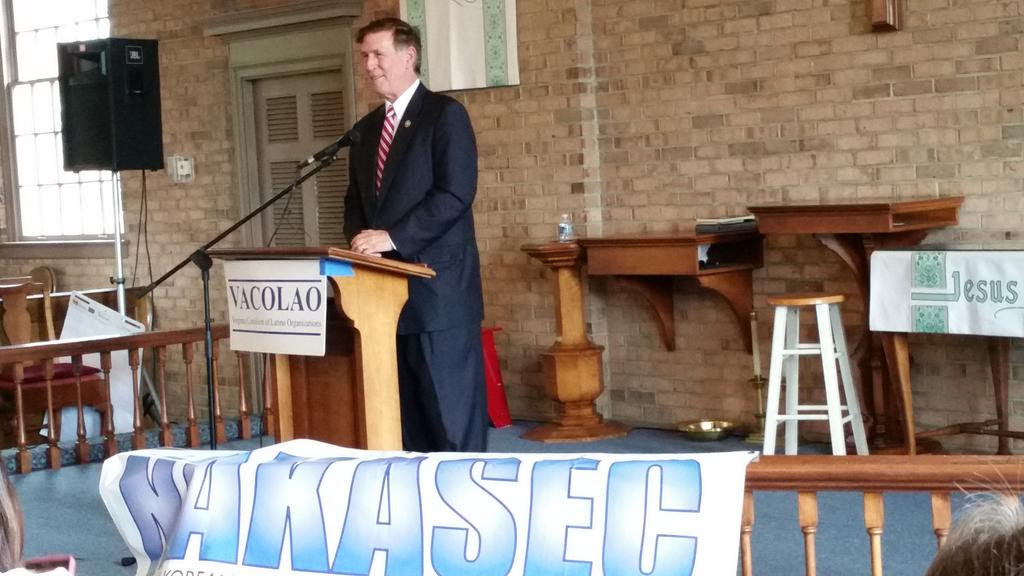 Representative Don Beyer, who joined the 2015 DACA/DAPA Community Town Hall, said: “I fully support the President’s Executive Actions on immigration. The DAPA and expanded DACA programs are the best way to serve and support new Americans who live, work, and pay taxes in the United States. While Congress continues to delay action on comprehensive immigration reform, these measures are a smart and effective step in the right direction as we work to create the new American economy. I hope that the Court will uphold the President’s Action, and I look forward to working with my colleagues to fully implement it.”

“The Institute on Taxation and Economic Policy (ITEP) has proof that undocumented immigrants already contribute to paying taxes and helping the economy of the Commonwealth,” said José Cáceres, a dreamer from Northern Virginia. “Immigrants contribute an estimated $240 million a year in taxes, both locally and statewide. But it’s not just economically wrong to deny undocumented Virginians a chance to contribute but it’s also morally wrong to keep them in the shadows. I, myself, have benefited from DACA in 2012, and it has opened so many doors for me. I hope that my parents will have the same chance, as well.”

“I’m hopeful that this is just a temporary block,” said Lenka Mendoza, a DAPA eligible community member from Virginia. “DAPA will give us an opportunity to come out of the shadows, get a work permit or a driver’s license, get a better job or start a business, and also provide a sense of relief in knowing that we can come home and see our kids without the fear of being deported at work.”

“It is important that community members who are affected by this delay continue to have an opportunity to engage in conversations with members of Congress, delegates, and stakeholders about their commitment to Virginia’s families on how they can protect and strength immigrant families. I ask all community members to speak directly to their congressmembers, state delegates and senators, and stakeholders asking them to provide concrete steps so that all immigrants can have the same opportunity as any other resident of Virginia.” said Dong Yoon Kim, Program Associate at NAKASEC.

Background on the Lawsuit:

On February 17, 2015, Texas District Court Judge Hanen issued an injunction on the implementation of DAPA and DACA expansion, thus blocking deportation relief for millions of immigrants. The 5th Circuit Court of Appeals will begin its appeals hearing on Friday, July 10, 2015. 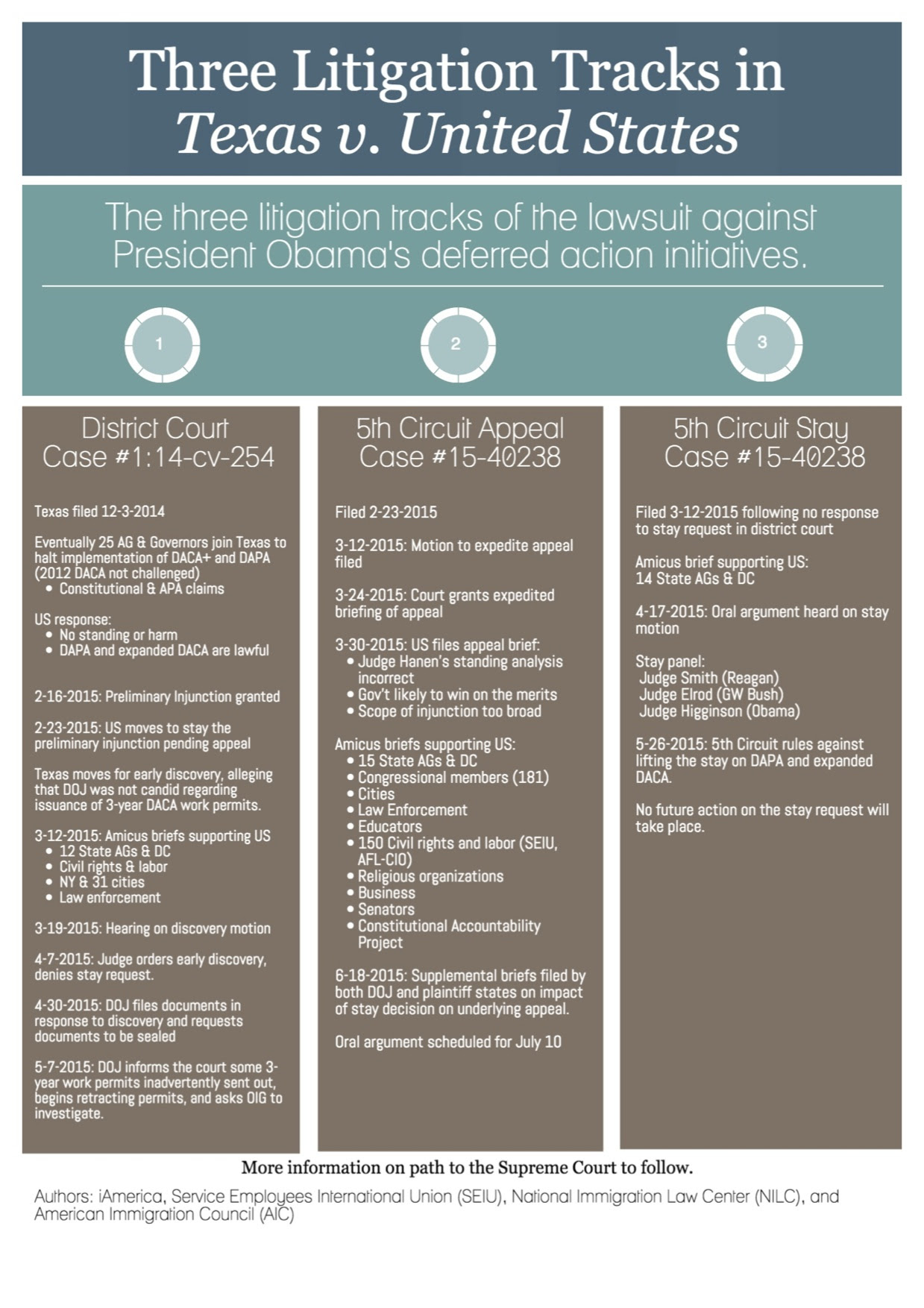