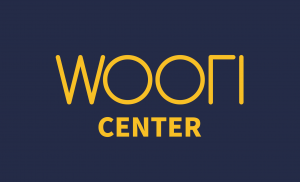 Lansdale, PA – In December 2021, University of Pennsylvania law professor, Amy Wax, made a series of racist, anti-Asian comments in an interview. As the Dean of Penn Law School, Ted Ruger, noted in his January 18 statement, “Professor Amy Wax has repeatedly made derogatory public statements about the characteristics, attitudes, and abilities of a majority of those who study, teach, and work here.”

As a progressive Asian American network representing Asian Americans and immigrants, we reject Wax’s comments as factually and morally wrong, and condemn them as dangerous and inciteful.

Since at least 2017, Amy Wax, a white woman, has been on record with repeated patterns of bigotry, and particularly of nativism and white supremacy. Penn Law’s Dean, Ted Ruger, has previously issued at least one statement, writing that Wax’s remarks are “repugnant to the core values and institutional practices of both Penn Law and the University of Pennsylvania.” Despite previous petitions and open letters from students, alumni, and faculty, Wax currently holds her tenured position at the University, causing long-lasting damage to immigrants and students of color, particularly Black and Asian American students. It is clear that, to date, both Amy Wax and Penn Law School intentionally overlook the harm and violence caused by her continued employment.

Violence against Asian Americans and immigrants in the United States is not new, rooted in decades of imperialism and colonialism. Notably, a rise in violence against Asians, specifically East Asian/Americans, has been attributed to vitriolic rhetoric from people in power that emboldens and encourages fear and hatred. Furthermore, the largest increases in violent attacks have happened against Black and Asian communities. We reject Wax’s attempts to divide our communities and reaffirm our solidarity with our Black siblings.

Immigrant and Woori Center Community Organizer, Jae Lee: “Despite Penn’s repeated statements on its commitment to diversity, inclusion, and anti-racism, every time it is embroiled in racial controversy, the institution’s actions show its tendency to choose complicity over accountability. As a resident of West Philadelphia, I am far too aware of the university’s inaction and indifference toward the community members it affects daily with its militarized police force and segregatory gentrification. As an employee of Penn, I witnessed first-hand how faculty members like Robert Schuyler and Janet Monge, who held great influence as curators and researchers at the Penn Museum as well, avoided lasting consequences for their racism and “gross insensitivity to human dignity” and instead were allowed to retire comfortably or remain on campus grounds. The administration has time and time again distanced itself from, if not protected, culpable parties, furthering its influence of harm on Philadelphians of color.”

We implore the University of Pennsylvania to commit to deconstructing white supremacy. In doing so, it’s imperative that individuals such as Wax are held accountable and responsible to the communities they serve. The current investigations are an important step toward justice, but true justice is determined by those impacted. As such, we support and echo the demands raised in a January 3 letter sent by Penn Law students, outlined below: