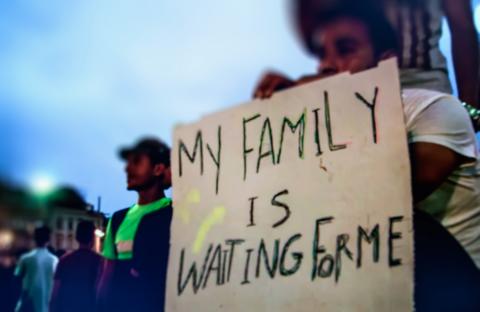 Below is a statement by the Value Our Families coalition:

“Donald Trump’s attacks on immigrants is relentless, going beyond his demand for a border wall, he’s now threatening a government shutdown unless Congress agrees with his plan to block millions of American immigrant families from reuniting with their loved ones. His plan to slash family-based immigration and eliminate the Diversity Visa program is all part of his ploy to shut out immigrants and reduce the number of people of color in this country, just like his Muslim ban.

“We will not stand by and let Donald Trump end the legacy of American immigrant families in this country. We remain steadfast to protect family immigration because it preserves the family structure that is so important for strong communities and the deep values we share in who we want to be as a country.”

After members of the Value Our Families coalition organized a petition campaign to call for an end to the use of “chain migration”, the AP Stylebook advised writers and journalists to stop using the derogatory term that Trump uses to attack family-based immigration.

Value Our Families is the national coalition that aims to reunite and keep families together,