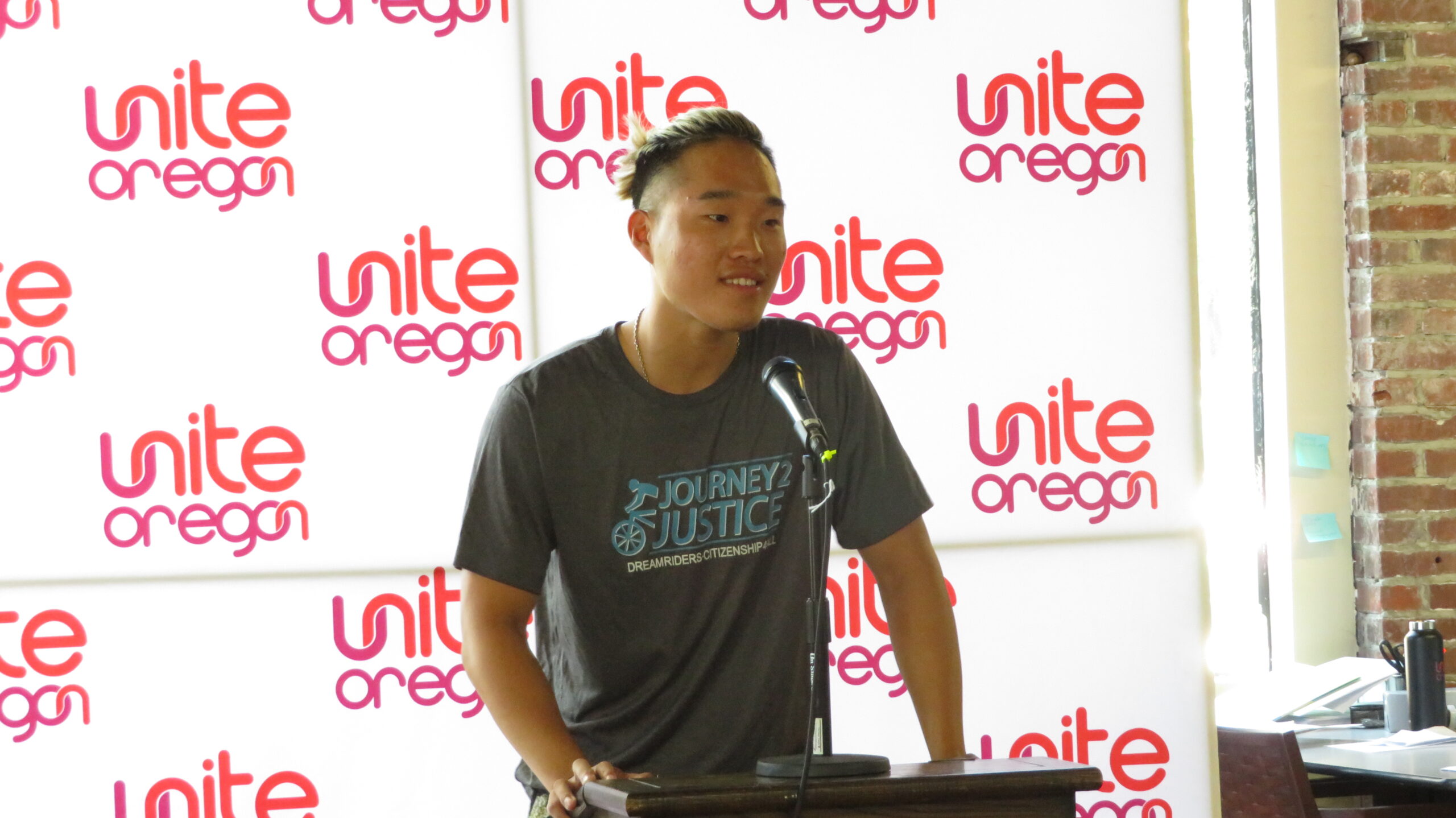 Salem, OR – Since our launch on August 1st in Seattle, our young Dream Riders have biked over 142 miles and engaged with local communities, hosted community forums, and uplifted issues impacting immigrants in the Pacific Northwest region.

In Portland, the Dream Riders hosted a rally with Unite Oregon where they shared their immigration stories, their reasons for joining the “Journey to Justice” bike tour, and offered ways local groups in the area could support them on their mission for citizenship for all 11 million undocumented immigrants and 35,000 intercountry adoptees. You can watch a livestream of the event here.

Bo, Dream Rider and volunteer with Korean Resource Center, shared:
“What’s so powerful about this Journey to Justice is that it’s grounded in love and community. I feel often in the immigrant community, that our narrative has become fetishized…how do we transcend and go beyond that?… we should be treated as human because we are human.”

Allyson, Dream Rider from Texas, expressed:
“I think it is very important to bridge the gaps… build community and intersectionality… which is intentional here [on the Journey to Justice Bike Tour]… that’s basically why I joined because I think that we are forgetting what humanity is and we need to ground ourselves in that.”

Following the Portland event, our young people biked to Salem, OR for a welcoming rally hosted by CAUSA, Oregon’s immigrant rights organization, which was attended by several local groups in Oregon that are allied with or work directly with immigrant communities. At this rally, our Dream Riders learned about “Measure 105,” a ballot measure that would, if passed, repeal Oregon’s long-standing “sanctuary law,” a law that prevents local police from collaborating with Immigration and Customs Enforcement (ICE). Local community leaders expressed strong concern over the rampant racial profiling, discrimination, and anxiety that would arise should “Measure 105” pass in Oregon in the upcoming general election in November. Oregonians can pledge their support to vote NO on “Measure 105” by visiting “Oregonians united against profiling.”

NAKASEC & Affiliates’ “Journey to Justice” is a 37 day, border to border bike tour that started on August 1, 2018 in Seattle and will end on September 5, 2018 in San Diego. This bike tour was spearheaded by young undocumented leaders and allies and actively works to raise awareness on the need for citizenship for all, register voters, and build solidarity through story sharing and one on one conversations with local community members along the route. You can learn more about the Journey to Justice campaign for citizenship for all by visiting http://godreamriders.org.