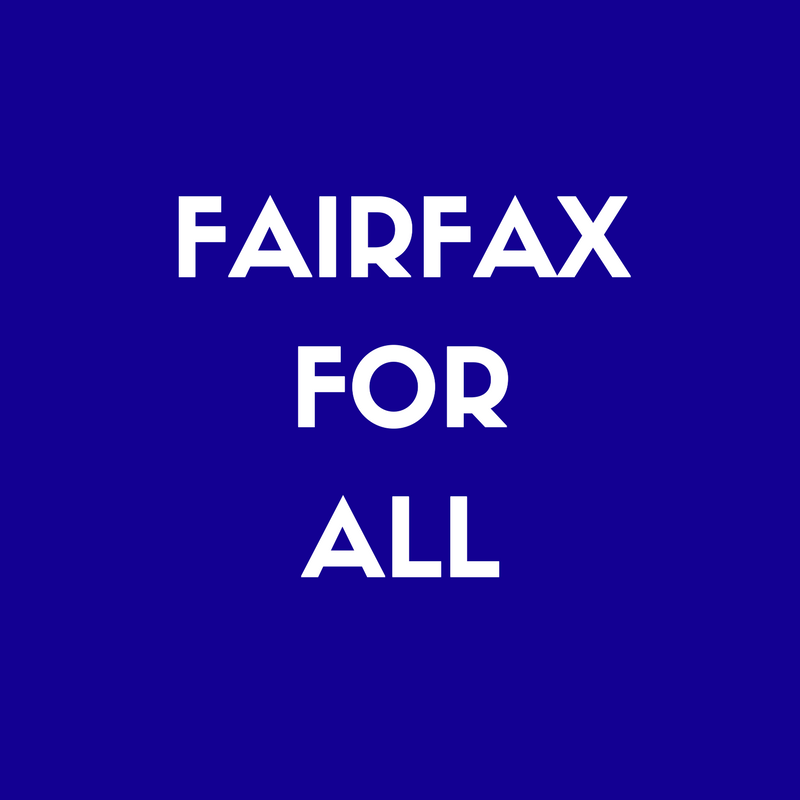 FAIRFAX VA. (FRIDAY, APRIL 6, 2018) – The coalition of top advocacy and membership organizations and allies – Fairfax For All – issued the following statement after the Fairfax County Board of Supervisors barred the U.S. Immigration and Customs Enforcement (ICE) Victims of Immigration Crime Engagement (VOICE) Office from participating in the April 3 Public Safety Committee meeting. Established by President Trump’s anti-immigrant Executive Order in January 2017, VOICE is the propaganda arm of ICE which seeks to falsely link immigration with any alleged violent crimes in order to justify the wholesale detention and deportation of undocumented immigrants. ICE’s enforcement unit had been invited but refused to participate unless VOICE could as well.
“We applaud the Board of Supervisors for rightly supporting the immigrant communities that call Fairfax County home. ICE tried to forcefully present its immigrant-bashing rhetoric at the Public Safety Committee meeting. By firmly denying VOICE access, the Board of Supervisors illustrated its unwavering commitment to seeing crime and immigration as separate and unrelated issues. We are proud that Sheriff Stacey Kincaid upheld the resounding truth that government, especially law enforcement, has a moral obligation to protect families – a truth we will not stop fighting for until it shines through and takes hold at every level.”
Supervisor John Foust, Supervisor Jeffrey C. McKay, Chairman Sharon Bulova, Supervisor Cathy Hudgins, Vice Chair Penny Gross, and Supervisor Dan Storck spoke on the record in support of the Sheriff’s decision to terminate the Intergovernmental Service Agreement between the Fairfax County Sheriff’s Office and ICE.
The Fairfax For All Coalition is made up of membership and advocacy organizations like CASA, ACLU People Power Fairfax, the Immigration Issues Committee of Herndon-Reston Indivisible, La ColectiVA, DMV Sanctuary Congregation Network, NAKASEC, Tenant & Workers United, and Demos, as well as community members who have been organizing for change in Fairfax County since April 2017.
###