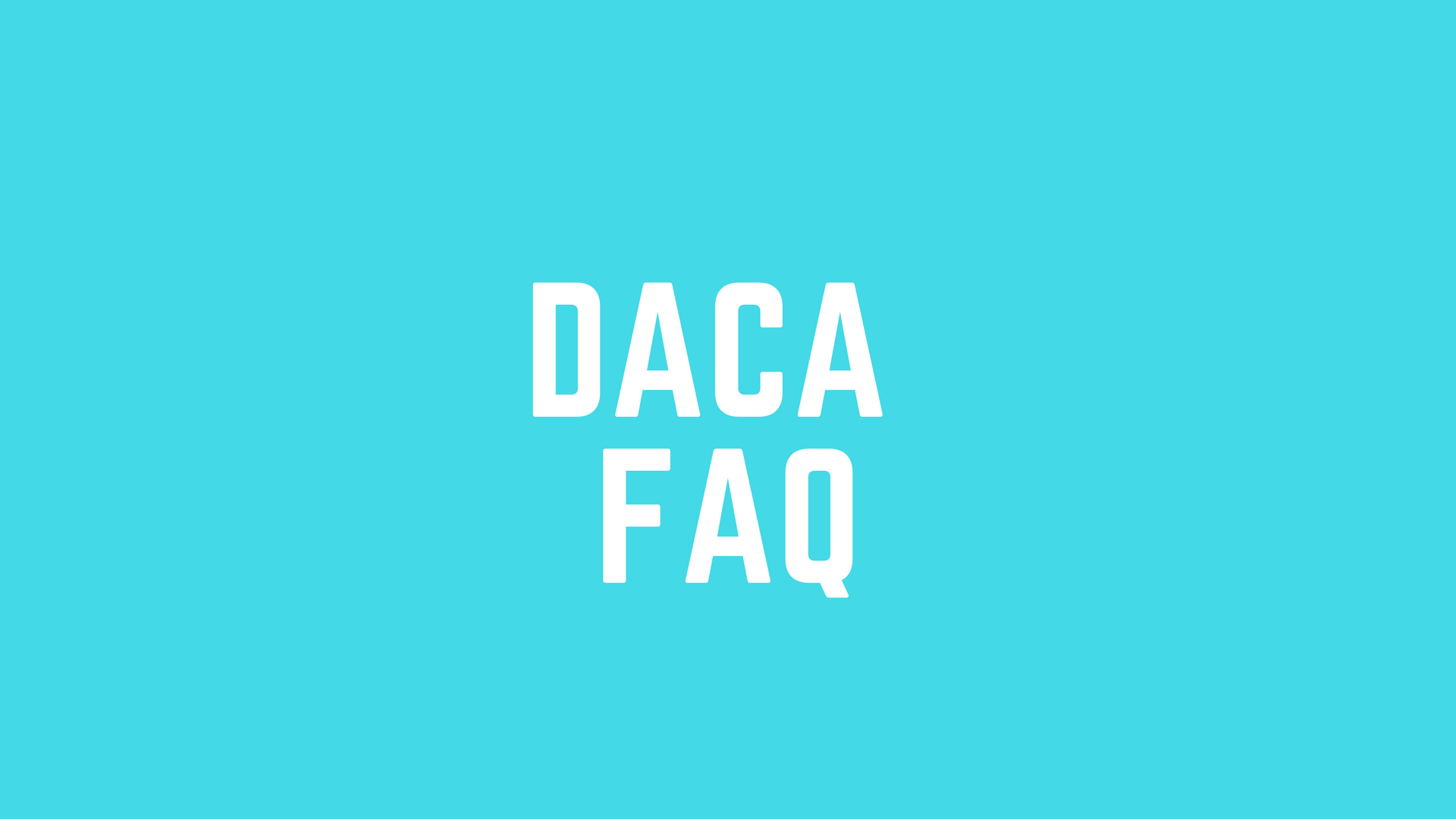 Frequently Asked Questions in Virginia about the

Yes, as long as DACA renewals are allowed. While there is no specific guidance from USCIS, many organizations are recommending that people renew their DACA if the expiration date is before the end of 2019. The U.S. Supreme Court on February 26, 2018 declined to hear the Trump administration’s appeal of a federal judge’s ruling that requires the government to keep the DACA program going. This means the case will proceed through the normal appellate process and the window for DACA renewals is likely to be kept open for a while longer.

Q2: Can a new applicant apply for DACA? In other words, if I never applied for or had DACA before, can I apply now?

No. Unfortunately the court decisions in California and New York only applies to DACA renewals. If your DACA expired before September 5, 2016, you can request to renew your DACA, but you must fill out the application as if you were applying for the first time.

Q3: If my DACA application gets rejected, do I get a refund?

Refunds are on a case by case basis. Below are two examples of an application getting rejected:

2nd scenario: Your application is rejected because you do not fit in the requirements. You will not receive a refund.

When Trump announced the cancellation of DACA on September 5, 2017, he gave an arbitrary deadline of 6 months or March 5, 2018 for Congress to act on a legislative solution. But two federal court orders issued since January 2018 allow DACA recipients to submit renewals. It’s an option that will remain until either the court order is struck down or Congress acts. If you currently have DACA, the status will expire on the expiration date, not on March 5, 2018.

Yes, as long as the government does not say anything about not being able to renew.

Q6: I lost my Social Security card. Can I file for a replacement?

Yes, you can apply for a replacement at the Social Security office. Or once you renew your DACA, there is an option to request a new card.

Q7: I have DACA. Am I required to file taxes?

Yes. You are obligated by law to file taxes. It may also help you in the future with your immigration case if you ever need to show compliance with tax requirements, proof of your income, or prove your physical presence in the United States. If you have DACA and have a Social Security Number (SSN), then you MUST use the SSN to file your taxes. If you had been using an ITIN (Individual Taxpayer Identification Number) before you received DACA, you must stop using it to file taxes.

Please note that DACA recipients and undocumented immigrants are exempt from the requirement to have health insurance. This means they are not required to pay the tax penalty for not having health insurance. When you file your taxes, you will include an extra form—called Form 8965— and indicate Code C as the basis for the exemption. The code “C” you use to tell the IRS that you are not “lawfully present” is the same code used by U.S. citizens who live outside the U.S. and by “tax residents” of other countries.

Q8: What if I have DACA and already paid the tax penalty?

If you have DACA and were told you needed to pay the tax penalty, you should file an amended return (Form 1040X) along with a completed Form 8965. You will need to claim the exemption on Form 8965.

Q9: Can I file taxes the following year after my DACA expires? If I am supposed to get a refund, would I receive it?

If your DACA is expired, you should immediately renew your DACA while the renewal window is still open. In the meantime, yes you can file taxes and you should with your Social Security Number (SSN). This SSN is assigned to you and can be used for tax filing purposes. You should be able to receive an expected return. If you have any further questions, please contact an accountant.

Q10: If my DACA ends, does that mean I can’t work at my current job?

You are not obligated to tell your employer that your EAD (employment authorization document) expired. According to the National Immigration Law Center: “Once your work permit expires, your employer has an obligation to ask to see your new work permit. As a general matter, we advise workers not to give an employer any more information about their immigration status than is required.”

Q11: If my DACA ends, can I still have in-state tuition?

VIRGINIA: It depends. You are not obligated to tell your school that your DACA expired. However, note that in Virginia, in-state tuition is tied to holding DACA for one-full year per the 2014 Attorney General policy.

ILLINOIS: Yes. Students in Illinois are eligible for in-state tuition and privately funded scholarships regardless of immigration status per HB 0060.

CALIFORNIA: Yes. Students in California are eligible for in-state tuition and state financial aid regardless of immigration status per AB 540.

States where only DACA recipients have access to in-state tuition: Massachusetts, Ohio, Virginia

States where undocumented students do not have access to in-state tuition: Alaska, Arkansas

Q12: If my DACA ends, can I still legally drive?

ILLINOIS: The day that one’s DACA expires, is the same day the driver’s license expires. However, you can apply for a temporary visa driver’s license to continue legally driving in Illinois. You may not use this license for federal purposes.

CALIFORNIA: The day that one’s DACA expires, is the same day the driver’s license expires. However, you can apply for an AB60 driver’s license to continue legally driving in California. You may not use this license for federal purposes.