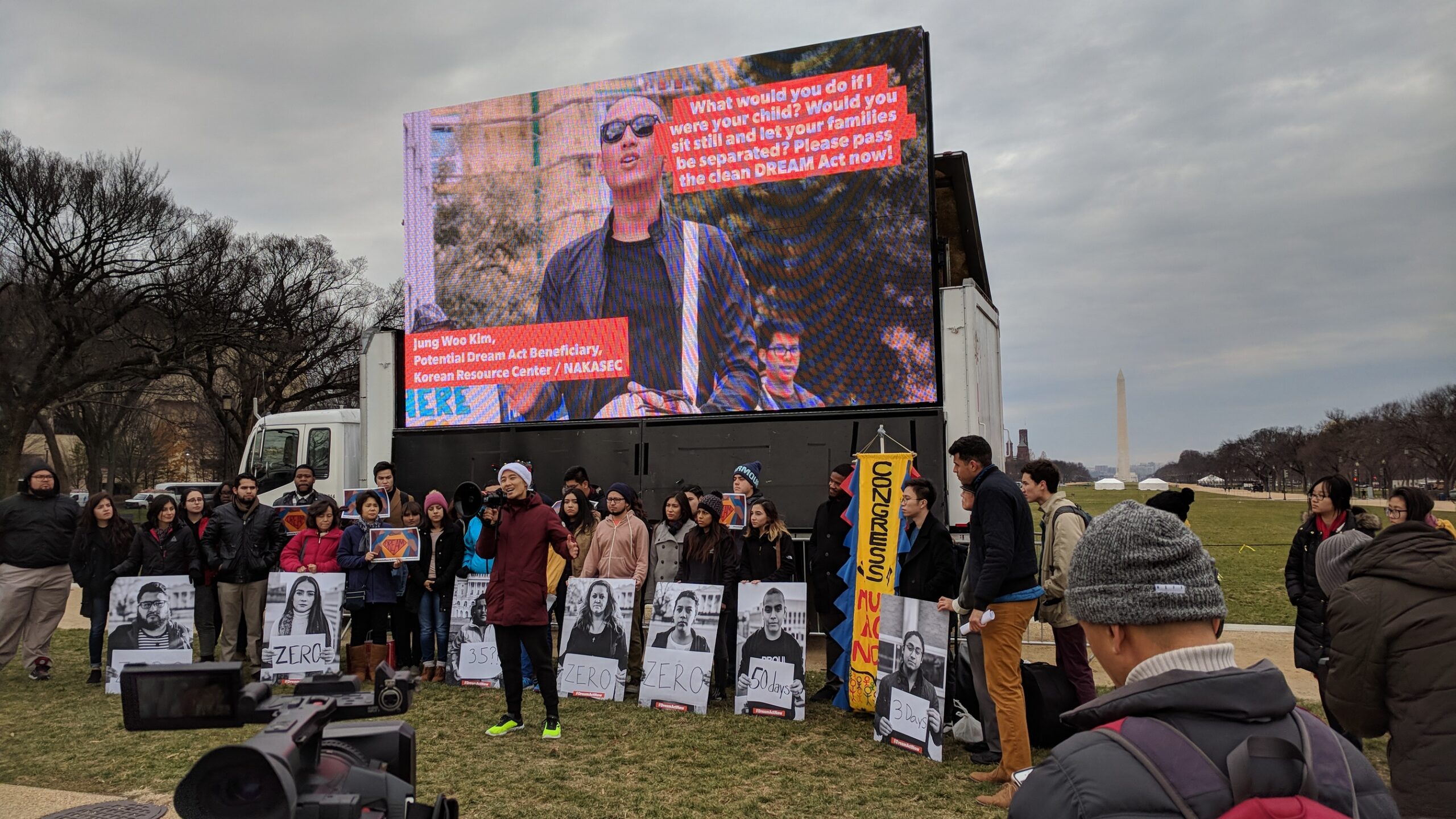 AAPI Undocumented Youth and Allies Call on Congress To Act

Washington D.C. – On December 12, 2017 community leaders from the National Korean American Service & Education Consortium (NAKASEC) and its affiliates HANA Center and Korean Resource Center (KRC) participated in a series of events to stress the urgency to Congress to pass a clean DREAM Act before the end of the year.

At the opening press conference, KRC and NAKASEC leader Jung-woo Kim exclaimed, “After 18 years of immigration, I’m still undocumented! I cannot believe it… I went to high school, college, I went through background checks. What more do they want?!” Following the press conference, NAKASEC and affiliates joined faith leaders from Sanctuary DMV for a march and rally to Capitol Hill. “It is long past time for Congress to do the right thing… to act… but it’s not too late. Our immigrant friends deserve a Christmas free of fear. It’s time to pass the DREAM Act,” stated Sister Ann Scholz of the Leadership Conference of Women Religious (LCWR).

(Pictured: Jungwoo Kim speaking on the AAPI immigrant experience at the press conference)

After the press conference, NAKASEC and affiliates conducted legislative visits with members of Congress. The central ask during these visits was to urge members of Congress not to vote for the next continuing resolution or government spending bill unless a clean DREAM Act is attached. On Monday, December 11, impacted Asian American youth and allies visited over 70 Congressional offices to thank them for their pledge to pursue a legislative solution, such as Rep. Scott Taylor (VA) and Rep. Rodney Davis (IL), and for their continued commitment to leverage their vote for a clean DREAM Act, including Rep. Judy Chu (CA, leader of the Congressional Asian Pacific American Caucus), Rep. Pramila Jayapal (WA), and others.

NAKASEC and affiliates will conduct activities in Washington DC until a clean DREAM Act is passed. Tomorrow, undocumented young leaders will participate in a press conference at 1pm in the National DREAM Tent on National Mall.