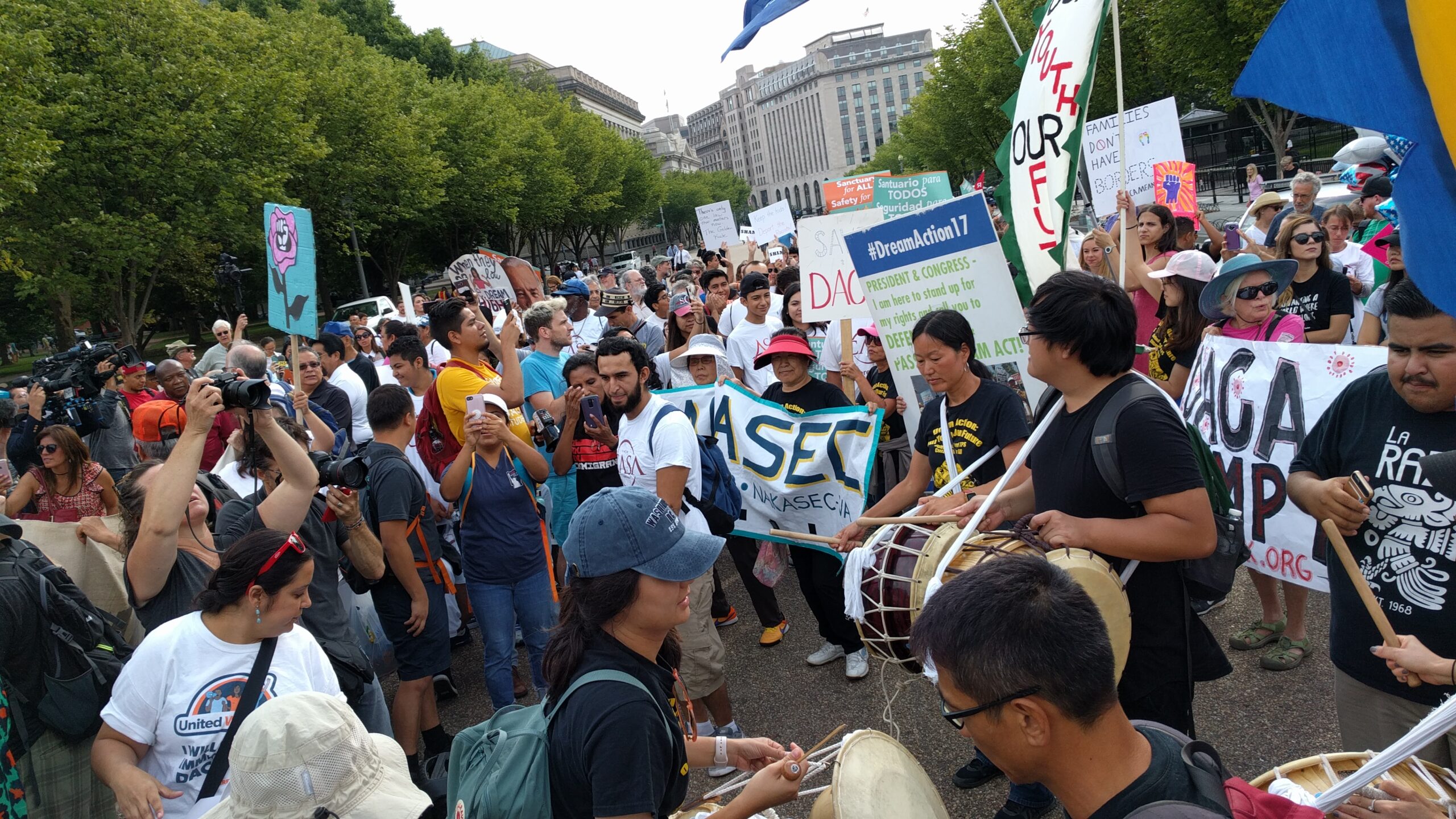 WASHINGTON, DC – Today, in a message delivered by Attorney General Jeff Sessions, the Trump administration announced that it is cancelling the Deferred Action for Childhood Arrivals (DACA) program with a six-month extension. With this decision, the administration is shifting the responsibility to Congress to develop a permanent solution. Since 2012, nearly 800,000 young people have come out of the shadows through DACA, including thousands of Asian Americans. Through DACA, they have been able to live, work, drive and study legally in America, contributing to our communities and our economy. Now, these young Americans who came to this country as children could lose their jobs, ability to go to school, drivers licenses, and are at risk for deportation. The National Korean American Service and Education Consortium (NAKASEC) and its affiliates HANA Center and Korean Resource Center condemn the administration’s irresponsible decision and call on the U.S. government to immediately develop an acceptable legislative solution that will allow these young people to continue to succeed in America and continue DACA until this legislation is signed into law.

“It is cruel and un-American to ruin the lives of young people who stepped forward in good faith to participate in a program that has proven to be successful. They trusted the government. Ending DACA means the country is abandoning them and all the progress we have made together,” stated Dae Joong Yoon, NAKASEC Co-Director. “These young people have jobs, attend schools, pay for housing, and support families. Six months may not be sufficient time for the Congress to develop an acceptable legislative solution, and cutting off their means to make a living and denying them opportunities to live up to their potential actively harms not only these young people but our entire country. Government now must ensure there is no gap in protection for these young people.“

Since August 15, the five-year anniversary of DACA, NAKASEC and its affiliate HANA Center and Korean Resource Center have been leading a coalition of advocates, faith and community leaders through Dream Action: Our Youth, Our Future, a 22-day round-the-clock action in front of the White House to defend DACA.

“Congress must move immediately to pass a clean, standalone DREAM Act that does not harm other immigrants.Such legislation should not use youth as bargaining chips to criminalize their parents and increase border and interior enforcement,” said Jung Woo Kim, co-lead of NAKASEC’s #DreamAction17, adding, “we also call for a moratorium on deportations, with absolutely no data sharing to facilitate immigration enforcement actions.”

“It is inhumane and morally bankrupt to take away the livelihood of young people, now or six months later. DACA protects not only those directly impacted, but communities of friends, classmates, co-workers, and loved ones. This is the time to come together and fight for and protect all of our communities. We call on everyone who values decency and humanity to act. If you have a church, prepare to open your doors to sanctuary. If you are an immigration lawyer, take on a pro-bono case. If you are a counselor, be ready to provide crisis intervention work. And call your members of Congress to pass the DREAM Act, ” said Becky Belcore, NAKASEC Co-Director.