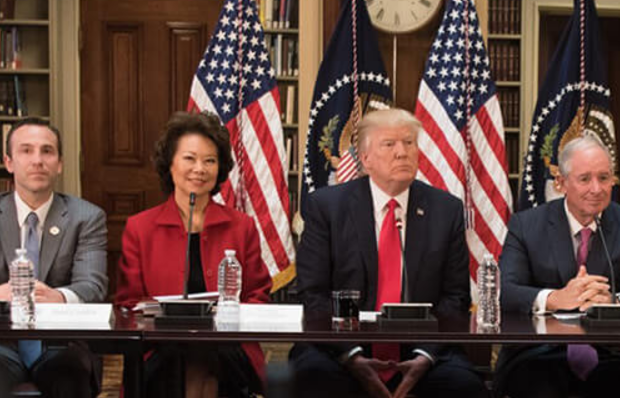 Secretary Elaine Chao: Stand with Our Immigrant Communities or Resign

A coalition of Asian American service and advocacy organizations has released the following statement:

“On August 15, 2017, the anniversary of the Deferred Action for Childhood Arrivals (DACA), Secretary Elaine Chao stood by President Trump as he blamed both sides for the racist acts that took place in Charlottesville, essentially equating white nationalist hate groups with anti-racist protestors.

“As Asian Americans, we call on Secretary Elaine Chao, an immigrant from Taiwan and woman of color, to be silent no more and stand by us as we fight to protect the DACA and Temporary Protected Status (TPS) programs.

“We believe Secretary Chao should make a public statement supporting fellow immigrants who rely on DACA and TPS to work, study, and dream of a better future, or that she resign from office. Immigrants in 2017 should receive the same opportunities and racial justice as Asian American immigrant Elaine Chao was afforded when she came to America.”

The National Korean American Service and Education Consortium (NAKASEC), the Korean Resource Center, and the Hana Center are holding a three-week action in front of the White House demanding President Trump and Congress defend both DACA and TPS. From now until September 5th, the deadline for President Trump to rescind DACA, the public is invited to join us at daily vigils and to picket in front of the White House in solidarity. More information can be found at nakasec.org/act.