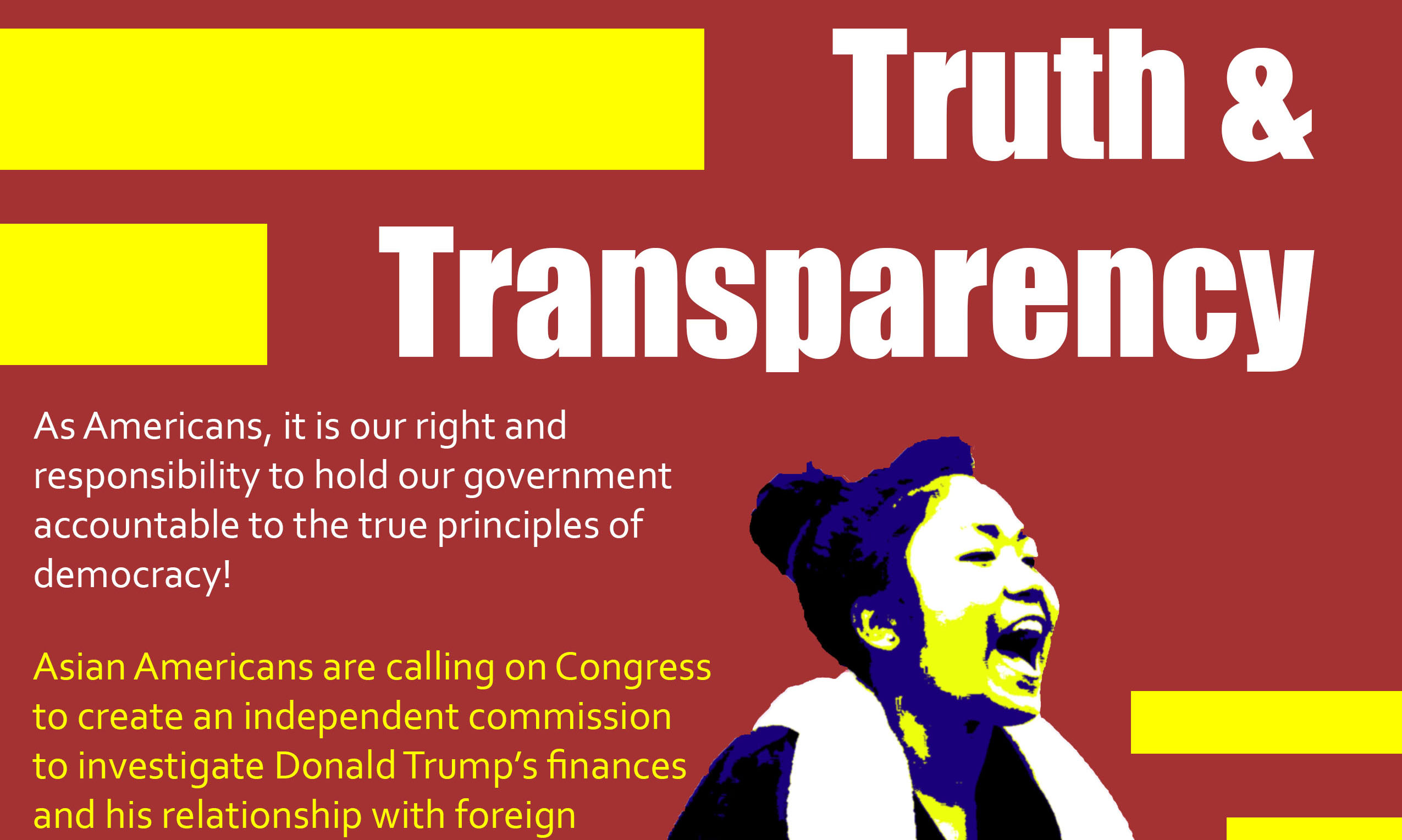 ANNANDALE, VA — In the spirit of the May 18th Gwangju People’s Uprising in Korea, which saw mass protests of people rising up against a corrupt President, NAKASEC and affiliates, Hana Center in greater Chicago and Korean Resource Center in Los Angeles and Orange County, are demanding truth and transparency from the Trump administration. We demand Congress create an independent commission to investigate Donald Trump’s finances and his relationship with foreign governments to determine whether he is using the Office of the Presidency for personal gain.

As May is Asian Pacific Islander Heritage Month, we celebrate our roots in this land, important contributions to the United States and our history of resistance. Asian Americans have lived in the United States for almost two centuries; as Americans, we go to school, work, pay our taxes and raise our families.  It is our right as Americans to hold our government accountable to the true principles of democracy.  Additionally, many of us come from countries that have experienced repressive political regimes who have abused their power. We also have a responsibility as Asian Americans to call on our elected leaders to do their job with integrity, honesty and transparency.

While a Special Counsel has been appointed to investigate the Trump campaign’s ties to Russia, this counsel is still ultimately accountable to the United States Department of Justice.  An independent commission will have more autonomy to conduct a thorough investigation of the President’s finances and relationship with foreign governments to ensure there are no conflicts of interest.

Sookyung Oh, NAKASEC DC Area Director said, “As Americans, we deserve to know about Donald Trump’s past investments, if his businesses are benefitting from his role as President, and any connections to foreign governments and corporations.  He still has not released his taxes to the public, which he promised to do during his campaign.  The President of the United States should not be mixing personal business with government affairs.  This is why Korean and Asian Americans call for truth and transparency.”

To take action, NAKASEC and affiliates launched a petition at www.nakasec.org/truth to collect thousands of signatures which will delivered to Members of Congress on both sides of the aisle.