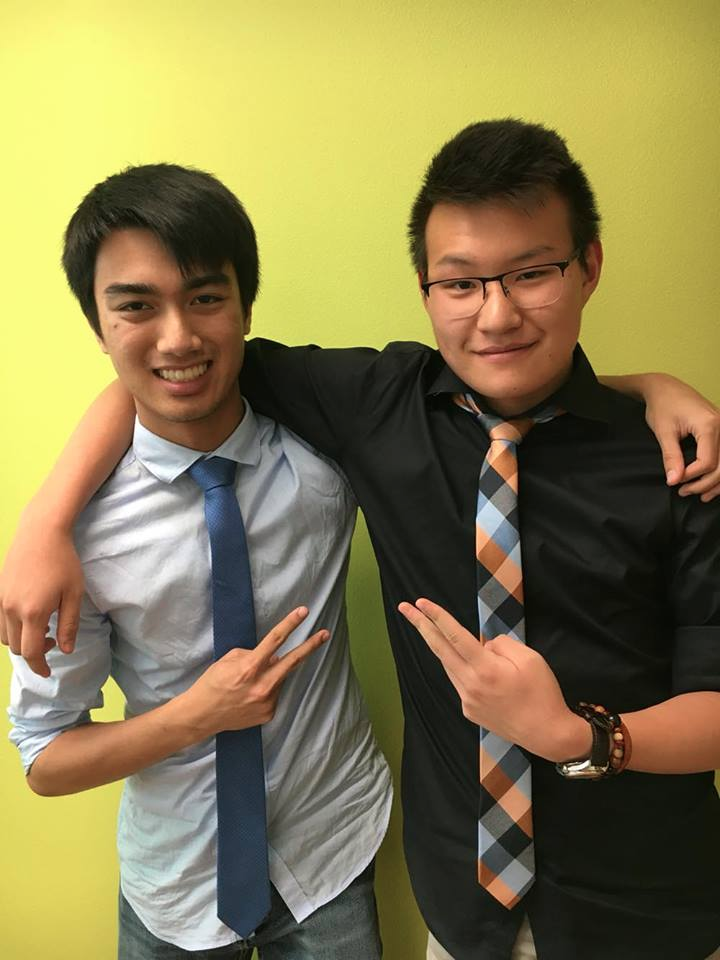 Nathan and Henry are high school students at Mira Costa.  Nathan is a senior Henry is a junior. Both play for the Mira Costa varsity badminton team (2nd place finalists in CIF!), love coding and working with computers, playing video games, taking long naps, and tinkering with computers take up most of their free time.

Where are you from?
Henry and Nathan are both from the South Bay area. More specifically, Nathan is from Redondo Beach Henry is from Torrance.  Both currently attend Mira Costa High School in Manhattan Beach.

How did you get involved with KRC?
Nathan’s friend, Min Su Kang, who he met at an engineering conference at Berkeley, volunteered at NAKASEC and told Nathan about KRC.  Nathan then joined the LA Youth Vote program and invited his good friend Henry to also join.

How would you describe your community?
The atmosphere at school is very relaxed and merry although there are some students, who do stress out a little too much sometimes.  People are generally kind and willing to help out and social connections and groups are very important.  The social science scene at Mira Costa is quite large with many voicing their opinions frequently.

What do you think is the civil issue of the day?
Henry and Nathan think that one of the most important issues in America, and around the world, is the support of education.  Schools in lower income communities suffer from poor funding, facilities, and staff, while schools in wealthier areas have the tools to encourage students, but sometimes choose not to.  Education should become more of a priority in the government’s budget and standards raised so the United States could catch up with the rest of the world.

Nathan: The highlight of my summer was attending a Stanford Conference for Business and a Berkeley Conference for Engineering.  Not only were these fun and educational, but I also made many friends and connections.  Meeting people from all kinds of backgrounds helped expand my horizons and helped me find what I wanted to do in life.  Besides, I would have never checked out KRC if it wasn’t for Min Su, who I met at Berkeley.