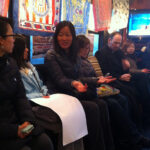 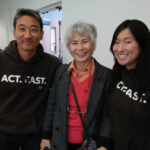 The following is a message from the National Korean American Service & Education Consortium, who fasted as part of the AAPI Women’s Fast on April 6:

“As Korean adoptees, we deeply understand the pain and hardship of being separated from our families. And shockingly, even Korean adoptees, who were adopted by American parents at a young age and grew up in the United States, are being deported under the United States’ broken immigration system. We join with the millions of immigrants around the world who have been separated from their families as a result of poverty, racism and colonialism. We call for keeping families together and immigration reform now.”

NCAPA participated in a 31-day fast for fair immigration reform for AAPI women and their families as part of We Belong Together’s Women’s Fast. NCAPA members from several organizations volunteered to fast for 24 hours on a day between March 8 and April 8. Our Tumblr featured several of the fasters’ stories during the fast.

From Colorado and Hawaii to New York and D.C., see where NCAPA members fasted here.