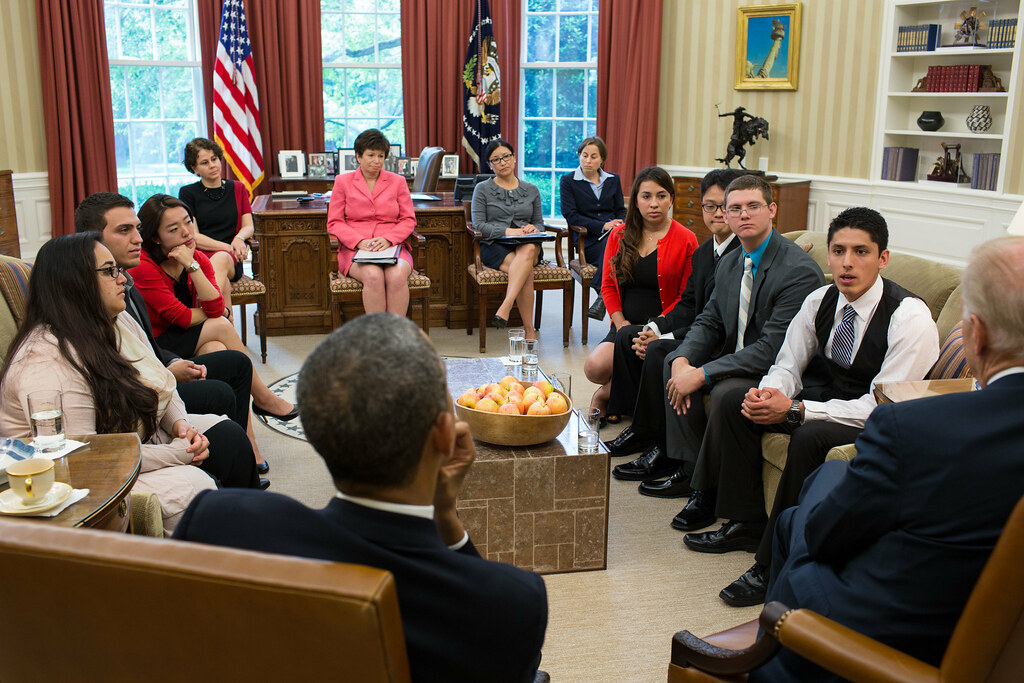 Washington, D.C. – Kevin HyunKyu Lee, a recent DACA (Deferred Action for Childhood Arrivals) recipient and organizer with the Korean Resource Center in Los Angeles, met with President Barack Obama this morning as part of the national Keeping Families Together Campaign. He joined 6 other DREAMers who have received DACA and U.S. citizen family members of undocumented immigrants who are directly affected by our nation’s broken immigration system. They shared their stories with President Obama and Vice President Biden to highlight the importance of passing immigration reform.

“I was honored to meet President Obama and Vice President Biden and share my immigration story and to emphasize why we have to protect the family visa categories. For some of my friends, a brother or sister is the only family they have,” said Kevin.

Kevin’s family came to the United States when he was only 9 years old. Despite facing many obstacles that are all too common for undocumented immigrant families, Kevin and his parents persevered. The day of Kevin’s graduation from UCLA, President Obama announced DACA, and a few months later, he received his approval. However, Kevin’s parents are still waiting for a chance to legalize their status and live a life without fear. As a community organizer at KRC, Kevin also meets with families who are waiting to reunite with loved ones and hears of their heartache.

“I have lived in the shadows for too long. Today, I am hopeful that 2013 will be the year for a truly comprehensive immigration reform law based on family unity, justice and fairness. President Obama and Vice President Biden have expressed their support but it will be the will of our community to make it happen.”

The meeting was organized by the Fair Immigration Reform Movement’s (FIRM) Keeping Families Together Campaign. NAKASEC is part of the executive committee of FIRM.

The names of all the participants of the meeting are as follows: Kevin Lee, Miguel Leal, Justino Mora, Medhi Mahraoui, Diana Colin, Melissa McGuire-Maniau and Angie Kim.