The Struggles of Continuing My Education 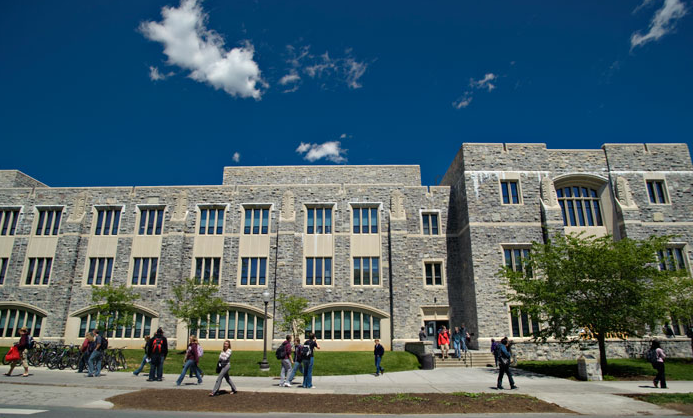 On April 29, 2014, the Attorney General of Virginia, Mark Herring, announced some big news for DREAMers and for recipients of DACA (Deferred Action for Childhood Arrivals). The Attorney General announced that the current law for in-state tuition had been expanded to allow DREAMers and DACA recipients to receive in-state tuition. Before April 29, undocumented college students were not considered residents of the Virginia Commonwealth and therefore paid out-of-state tuition to attend public colleges. This was unfortunate for students like myself because even though I am undocumented, I grew up in Virginia and considered it to be my only home.

During my senior year of high school, I was accepted into Virginia Tech. But because I was not eligible for in-state tuition or financial aid, I could not afford to attend the school even after being accepted. Instead, I attended Northern Virginia Community College (NVCC) where I studied business. Paying the out-of-state tuition rate for two semesters at NVCC was almost equivalent to paying in-state tuition at a four-year in-state college. To cover NVCC’s tuition of $10,000 for two semesters, I had to work two jobs while attending school as a full-time student. I would attend classes from 8 AM to 1:40 PM and then go directly to Home Depot where I worked part-time. When I was not working at Home Depot, I would be at the NAKASEC office in Annandale, Virginia where I worked as an intern. Balancing between two jobs and life as a full-time community college student required not only an extreme amount of energy but also a great deal of perseverance. Because of my busy schedule, Sunday was my only day to rest.

Attorney General Mark Herring’s announcement to use his power to interpret the current eligibility guidelines for in-state tuition set by the State Council of Higher Education for Virginia (SCHEV) was long over due. I would like to thank him for his compassion and trust in DREAMers who I know will eventually contribute greatly to the Commonwealth. The news is reassuring to students like myself. By having our hard work recognized, we can pursue our dreams by continuing on the path to higher education. We have worked diligently and tirelessly to achieve our dreams in the U.S., which would not have been possible in the respective countries where we all came from. My dream is to be a successful businessman who works hard to provide for my future family and gives back to my parents.

I am truly grateful that I now qualify for in-state tuition and will be attending Virginia Tech this fall for my sophomore year. Let’s continue to open doors for hard working and talented students with extraordinary dreams to truly be a part of this society.

Jung Bin Cho has lived in the United States since 2001 and currently resides in Springfield, Virginia. He was involved in the fight for in-state tuition for DACA recipients in Virginia since 2013. He currently interns at the NAKASEC Virginia office.