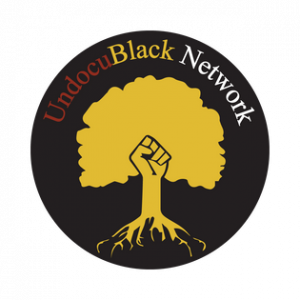 Nationwide – On May 14th, a white supremacist targeted the Black community, killing 10 people and wounding 3, at a Buffalo, NY supermarket. In Dallas, Texas, there have been 3 recent shootings presumed to be connected, the most recent taking place on May 11th at Asian-owned businesses. In addition to these racially-motivated acts of extreme violence, there have been 198 mass shootings this year.

This violence is symptomatic of the larger and deeper issues of anti-Blackness and anti-Asian sentiments in the United States. The concept of white supremacy via the violent oppression and subjugation of people is what the U.S. was built on. To that end, it is no surprise that absurdities like the Replacement Theory continue to fuel the flames of race-based hatred and subsequent violence in this country. The recent murders of people from our communities show that anti-Black and anti-immigration theories are two sides of the same dangerous coin. White supremacy is woven into all levels of this country’s political and social systems. Structural issues, such as lack of access to healthcare, affordable housing, quality education, and other necessary resources in addition to the refusal of elected officials to regulate hate speech and equitable gun control, are also forms of state-sanctioned violence. Every person from Buffalo to Laguna Woods, Dallas to Las Vegas, Atlanta and beyond, deserves to live safely and fully, with their humanity recognized and respected. As we mourn the senseless loss of life and sit in our dignified rage, we call shame on all elected officials, media pundits, and others who’ve sowed the seeds of hate by legitimizing horribly divisive, dangerous, and false ideas. We call shame on all elected officials who look the other way as hateful rhetoric is used to justify policy decisions that further harm Black, Asian, and immigrant communities. We affirm that every person deserves to live without fear of harm or death because of the skin they exist in.

Haddy Gassama, National Director of Policy and Advocacy with the UndocuBlack Network, said: “As a network and team of Black immigrants, we are gutted, heartbroken, and enraged by the hateful murders that took place this past weekend. We are intimately familiar with the face of white supremacy. We’ve seen it from its immigration enforcement side as we watch elected officials look the other way as harmful policies, such as Title 42, are in danger of being perpetuated. We’ve seen white supremacy from its criminalization and mass incarceration side as our people continue to languish in state, federal, and detention cages. We’ve witnessed our people murdered in broad daylight in the name of “law and order” at the hands of those who are supposed to “protect and serve.” It is 2022 and whips and chains are still very much the tools of choice against our people. The only thing more violent than the aforementioned is the rhetoric used to incite violence and justify the murders of our people. Replacement Theory is no longer a fringe conspiracy theory as it has been legitimized and normalized by those who sit in some of the highest positions of political power in this country. Anti-Blackness has existed in the DNA of the United States since its inception and the violence we are seeing is just another iteration of this. As we mourn the loss of life and the generations of white supremacist policies that lead to these mass shootings, we must hold those in power accountable. To any elected official or media pundit who used their platform to spread the concept of Replacement Theory, to any elected official who stood by and did nothing to condemn this theory: there is blood on your hands.”

Jung Woo Kim, Co-Director of the National Korean American Service and Education Consortium (NAKASEC), shared: “Our hearts go out to the victims, survivors, and their loved ones who mourn and grieve during these difficult times. We are saddened and outraged at the continued rise in violence against Black, Asian, and other marginalized communities that is in direct connection with the rise of emboldened white supremacy and its power in the U.S.’ systems and structures.

The fact that Congress refuses to act, despite repeated and frequent mass shootings, clearly shows they value financial profit over people’s lives. At this point, the U.S. Congress is complicit in this violence. They are not doing their jobs and unless they act now to legislate against white supremacy and violence, they should all be fired. We need to remind them that they work for us, the people – not corporations, the gun industry, or big money. Our government should model non-violence and care for people and work towards healing and unity. We will not allow our communities to be pitted against one another and will instead continue to work together towards solutions that make society healthier and safer for all of us.”

TAKE ACTION NOW: We encourage folks to take action and support the Black community. For a list of charitable organizations in WNY, can be found here.

Both the UndocuBlack Network and NAKASEC – member-based organizations – have been collectively and separately fighting against the marginalization, demonization, and vilification of their immigrant communities within and outside the immigration spaces. Their collaborative work includes policy advocacy, community wellness that centers healing and solidarity, and contending against institutionalized narratives that often erase their communities’ unique experiences at the intersection of race and immigration.