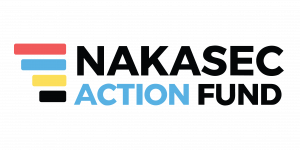 Washington, D.C. — On Friday, November 19, the U.S. House of Representatives voted 220 to 213 to pass the Build Back Better package, excluding a pathway to citizenship for millions of our undocumented community members. Included in the bill is a temporary program known as parole-in-place.

The unwillingness of the House to create a pathway to citizenship is devastating for unodcumented, immigrant, and all American people. Amidst and outside of the global pandemic, the U.S. economy has been strengthened and kept afloat by countless undocumented community members. Creating a pathway to citizenship for millions is a monumental opportunity to bolster the economy and address some of the systemic oppression faced by undocumented communities. While parole-in-place provides some relief for many, it remains a limited and temporary program that excludes many more. Without permanent solutions, immigrant communities will continue to struggle with access to jobs, healthcare, transportation, and education; will still be vulnerable to inhumane detention, deportation, exploitation, and family separation. That members of the House would reject this opportunity to create permanent solutions displays a clear misunderstanding of the will of the American people who overwhelmingly support a pathway to citizenship, and the mechanics required to build a robust economy and society.

John Kim, Digital Organizer with NAKASEC Action Fund, observed: “Parole is an attempt to maintain extensive immigrant labor forces and keep us in second-class status. Democrats passing parole instead of a pathway to citizenship, while they have all the power to do so, means that as long as undocumented immigrants pay taxes and provide cheap labor to this country, the well-being of immigrants is not their concern.”

The Biden-Harris’ administration, despite claiming to champion immigrant communities, continues to build a legacy of harm they must repair immediately. Virginia recently lost their crucial gubernatorial race amongst others, and there can be no mistake: Democrats must show leadership and courage and cannot afford to pander to GOP fear-based tactics. On Thursday 10/27, the National Korean American Service and Education Consortium (NAKASEC) Action Fund network concluded a 7-day round-the-clock vigil in front of Vice President Kamala Harris’ DC home to express the urgency of the Vice President using her power and leadership to support millions of undocumented community members.

NAKASEC Action Fund Organizing Director, Jung Woo Kim: “Our community members are clear: we want citizenship NOW! Temporary relief is not good enough. Our communities need permanent solutions — a pathway to citizenship. Instead of worrying about threats from conservatives, Democrats must be strong and committed to justice. Parole expects us to self-deport after 10 years. We have been fighting, for decades, for a pathway to citizenship. We will accept nothing less. Vice President Harris, daughter of immigrants, now is your time. You can and you must pass citizenship NOW.”

Jenny Kim, Immigrant Justice Fellow with NAKASEC Action Fund looks forward: “It is now up to the Vice President and members of the Senate to ensure that elected leaders fulfill their duties in listening to the people. Temporary status is not enough. The Vice President, President, and Senators must exercise their leadership and ensure our communities have permanent solutions in the form of a pathway to citizenship.”

Background: Current immigration law contains a provision called “registry” that allows certain immigrants who are long-term residents of the United States and who are undocumented or under a temporary immigration status to “register” for Lawful Permanent Resident status. The last time the registry date was updated was in 1986, for certain immigrants who arrived prior to January 1, 1972. The current provisions are a temporary program known as parole-in-place. While it can provide some protection for some immigrants until 2031, it remains a temporary program that excludes many. Missing from the bill is any form of permanent solutions for immigrants.