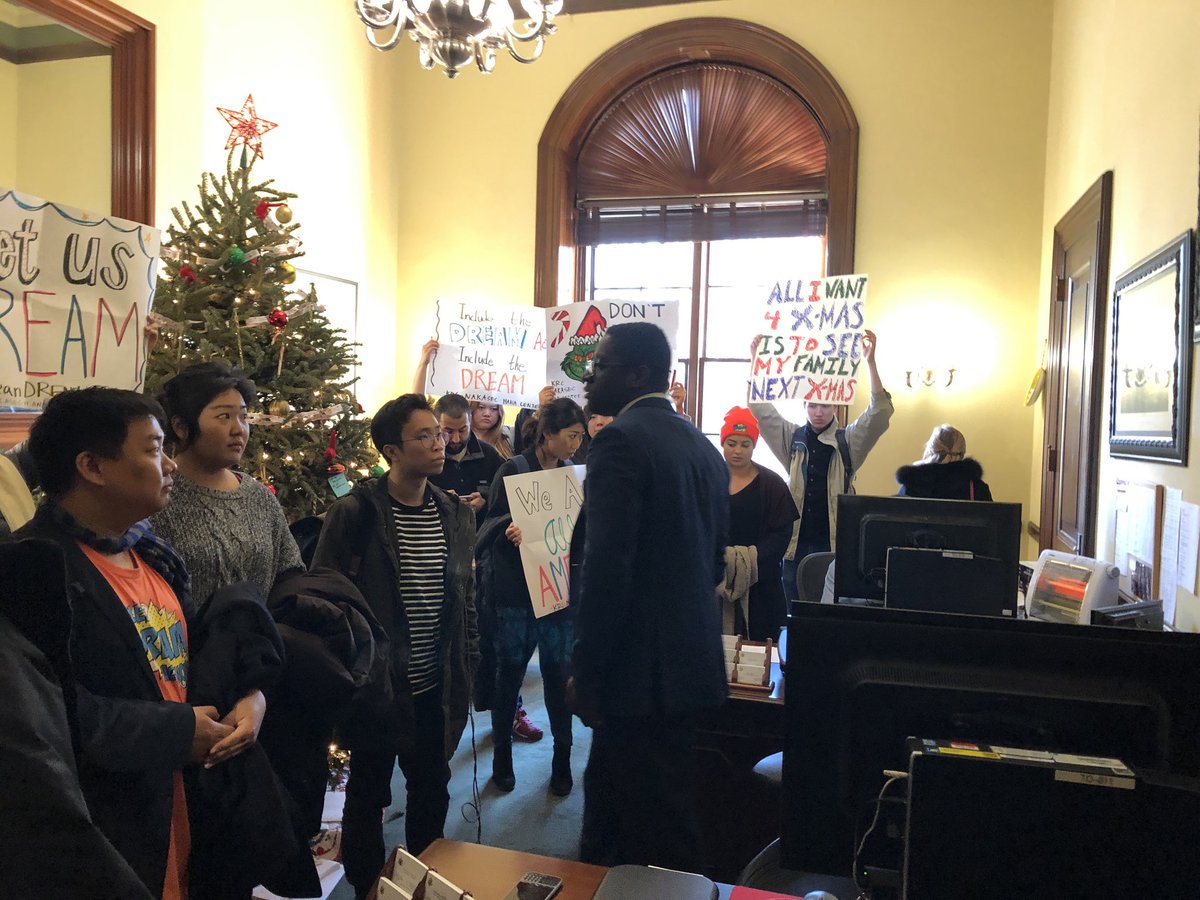 Washington D.C. – As the deadline of the continuing resolution (CR), December 22, directly impacted Asian American & Pacific Islander (AAPI) youth from the National Korean American Service & Education Consortium (NAKASEC) and affiliates, HANA Center and the Korean Resource Center (KRC), interrupted a fundraiser for Senator Tim Kaine (VA) yesterday evening, December 20. During the interruption, organizers from the groups engaged in a “people’s mic” in order to amplify the voices and stories of the directly impacted AAPI youth present. The full livestream of the interruption can be found here.

“Senator Kaine, remember ? You used my story 2 years ago. You say you are a champion of DREAMers. Now my life is in risk of deportation. Can you be a leader? Keep your word! Vote NO to the CR. No DREAM, no deal!” exclaimed Jungbin Cho, a directly impacted young person from Virginia whose story was utilized by Senator Kaine for his speeches on the Senate floor regarding the DREAM Act. Senator Kaine did not offer a clear, direct response to the question of whether he will stand with undocumented youth and commit to voting “no” on the upcoming continuing resolution (CR) if the DREAM Act is not attached. Immediately, following the event, community organizers followed Senator Kaine to his car while chanting “No DREAM, No deal!”

NAKASEC and affiliates fully support Senator Feinstein’s (CA) recent decision to withhold her vote on the CR if a DREAM Act is not attached. We hope that other members of Congress follow Senator Feinstein lead’s and show their commitment to protecting undocumented youth by refusing to vote on the CR if the DREAM Act is not included. We will be following these events closely and will remember what side of history our Representatives and Senators stood on when voting on the upcoming CR.