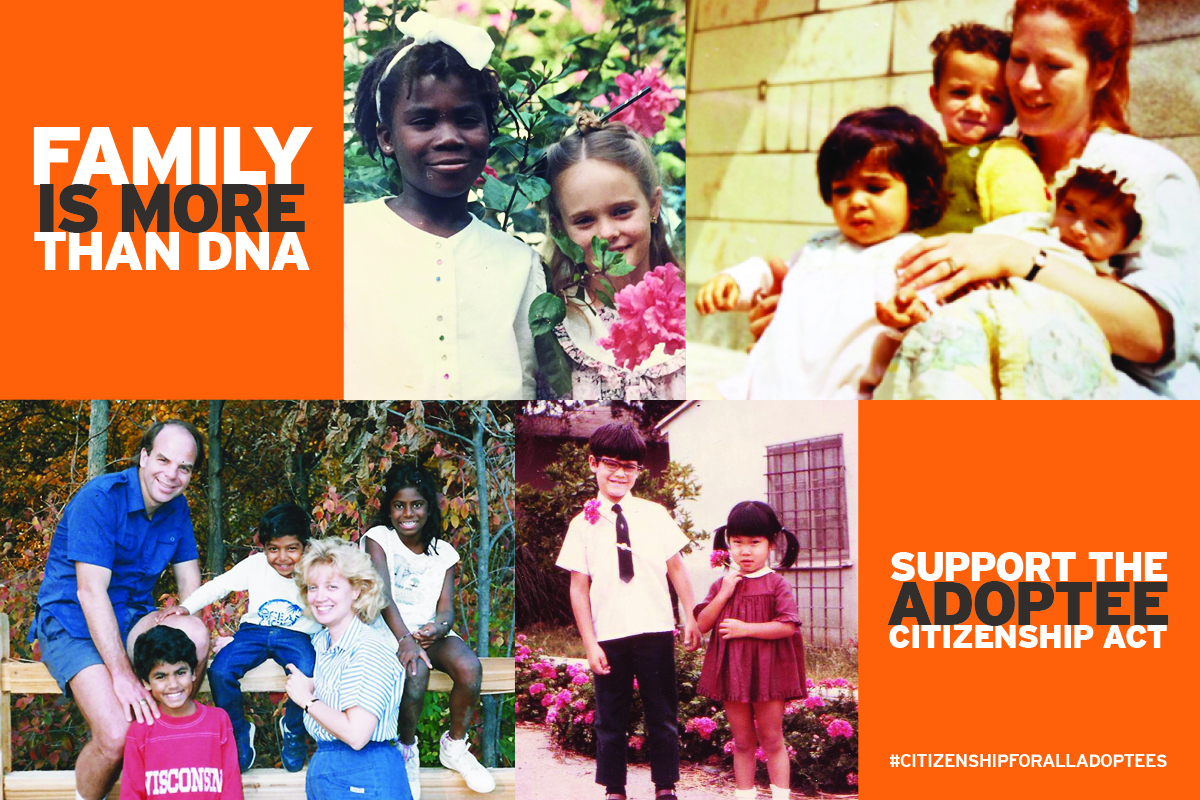 PHOENIX, ARIZONA — Today, Andrea Wright*, an adoptee who was adopted by U.S. citizen parents and resides in Arizona, is to be recognized as a U.S. citizen.

Below is a message from Andrea Wright:
“August marked a thirty-two year anniversary where I arrived to meet my mother and siblings. October 13, 2016 is a memorable day, because it means I am now accepted as an American, an equal. It happens just in time before my birthday, and before the Presidential election.

Those words ‘You can never be deported‘ are now true for me, yet still not true for others. No adoptee should need to be identified as being ‘without citizenship’ when raised in American families. This ‘loophole’ is bureaucratic neglect and indifference, with the core problem persistent for over 40 years throughout the political landscape.”

Emily Kessel from the Adoptee Rights Campaign (ARC), commented: “We wholeheartedly congratulate our friend and fellow ARC member, Andrea, on this day where she will officially be recognized as a U.S. citizen. As a result of our work in uplifting the issue and personal stories of adoptees without citizenship, two of our leaders have now been granted citizenship via their U.S. Senator. This is a significant victory for our movement to continue to win citizenship for all intercountry adoptees. This win demonstrates that the stories and leadership of adoptees without citizenship and advocacy work of allies is moving elected officials and creating a real impact across the board and with elected officials. By supporting an individual constituent, this member of Congress is reaffirming what has been demonstrated before: intercountry adoptees are Americans and should have citizenship. We now urge all Members of Congress to support the Adoptee Citizenship Act so the thousands of others who continue to face barriers and live in fear can also be recognized as what they are: Americans.”

Angela revealed how this favorable outcome transpired, “I whole-heartedly thank the Adoptee Rights Campaign for connecting me with my senator. My senator inquired on my behalf regarding my self-petition filed for a Certificate of Citizenship (CoC, N-600). Taking the oath ceremony without the English and civics proficiency procedures is happening after years of diligence and dead-ends because my partner gave moral support, my dad checked information and evidence, and I met amazing adoptees without citizenship who refused to give up which empowered me. Withholding citizenship for those adopted by American citizens remains baseless.”

Andrea shared what next steps are ahead after receiving her Certificate of Citizenship, “Naturally the Social Security Administration needs to be updated with this change. I am pleased to register to vote for the first time in my life, excited to apply for a U.S. passport with just my certificate of citizenship instead of every paper related to my adoption and entry into the United States. Even though I am still not eligible to run for President, I can now apply to government jobs without fear. I insist Congress rightfully help all those adopted by U.S. citizens to also be recognized as American citizens. I hope Senator McCain will be among the first to sign on as new cosponsors.”

Dae Joong Yoon from NAKASEC added: “There is something intrinsically wrong when adoptees, who were legally adopted by American families, have to seek support from their representatives to have this issue resolved as the issue of citizenship should not have been a problem in the first place. Adopted by US citizen parents as young children, adoptees are American and should be have been recognized as U.S. citizens from the beginning.”

Andrea expressed what this meant in terms of adoption rights, “Any future children I raise will know ‘I am without a doubt, an American citizen. All adoptees who have been or could be in my shoes deserve the rights of citizenship to feel safe in a country that is supposed to be considered home.”

To Support the Adoptee Citizenship Act:

To find an event happening near you, please email adopteedefense@gmail.com and write “Postcard Event” and your state in the subject title. 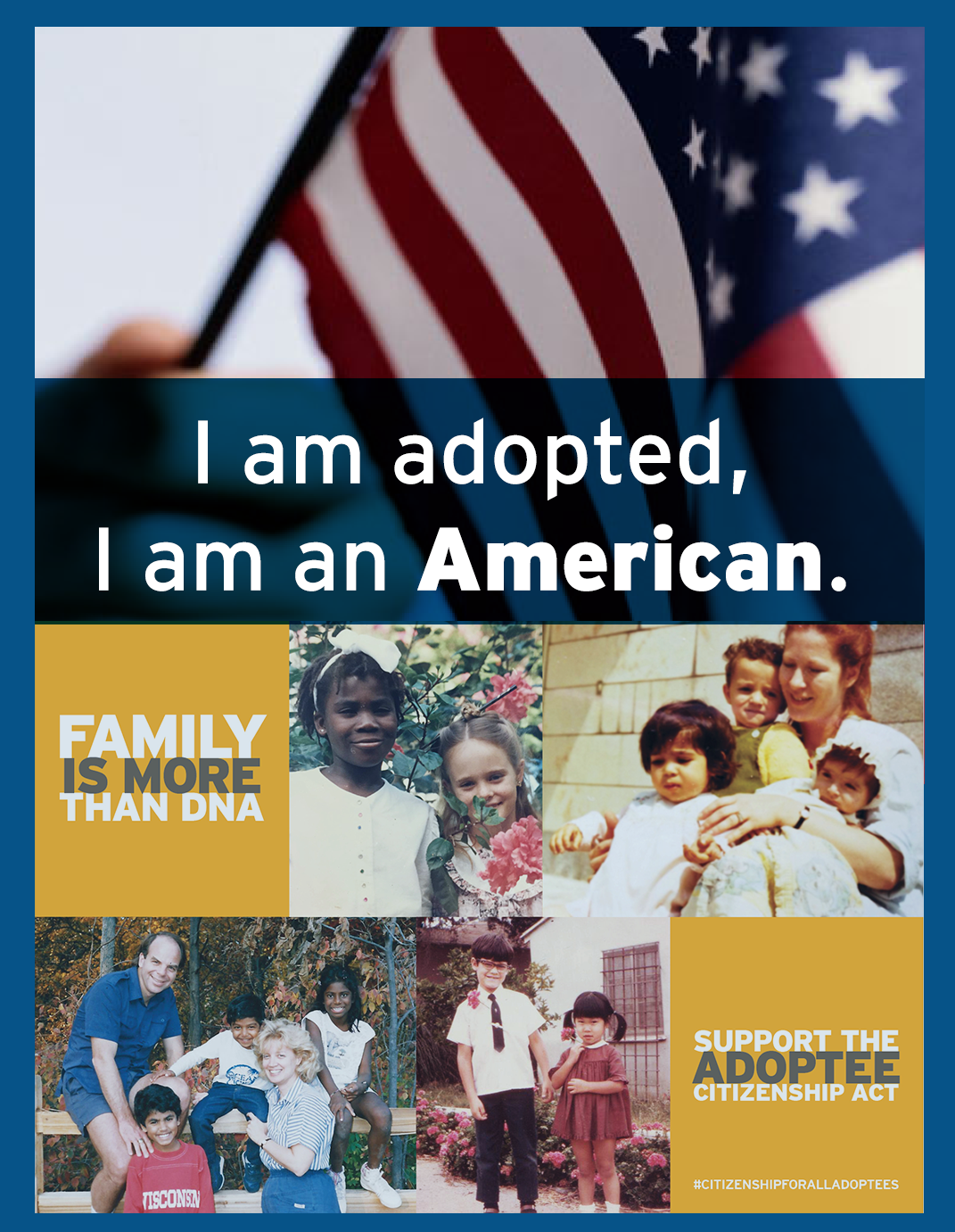