RELEASE: Close to 200 Immigrants and Advocates Converge on Capitol Hill for Civil Disobedience in Support of a clean DREAM Act and TPS 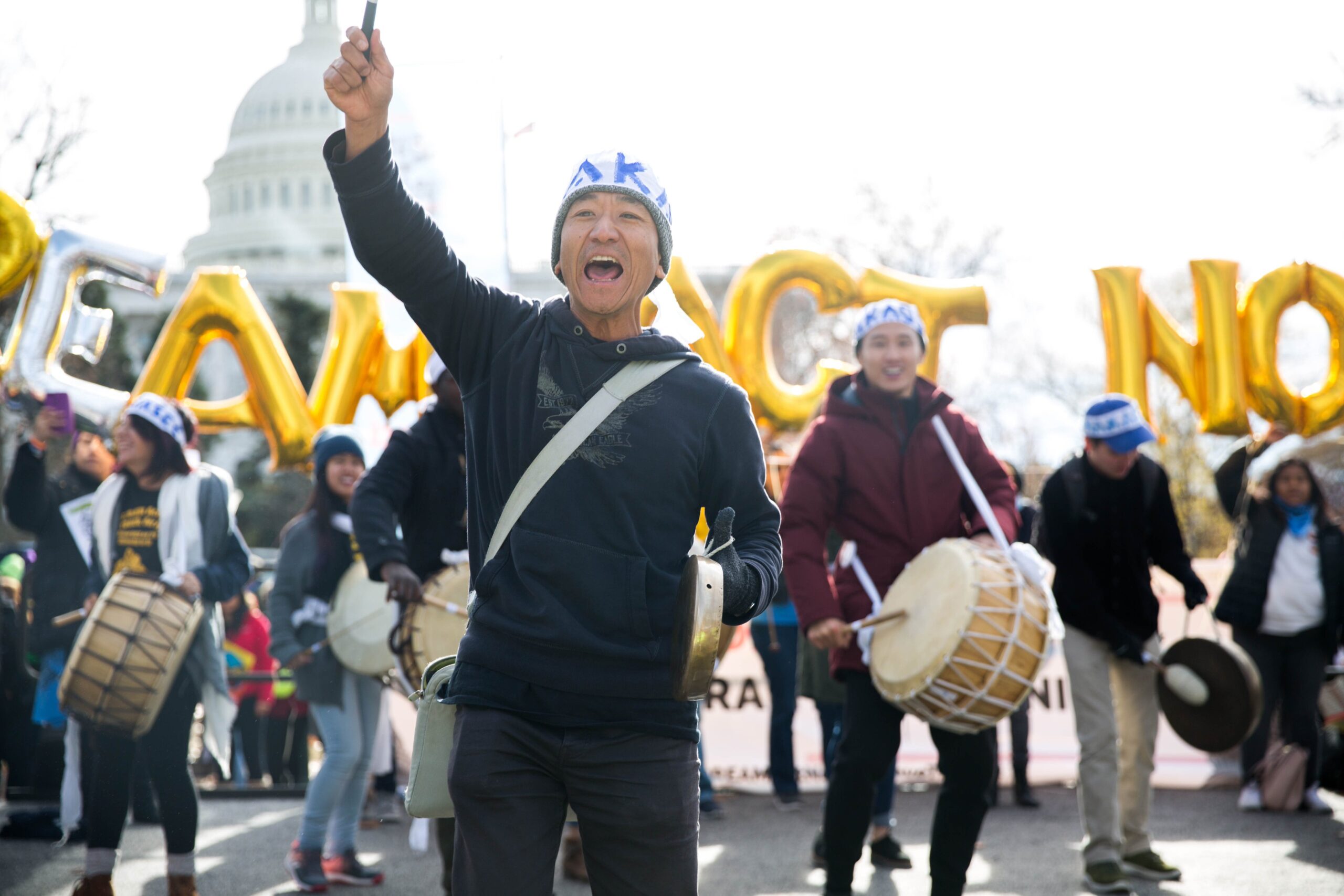 Washington DC – Nearly 5,000 undocumented young people, immigrant rights advocates, and faith leaders congregated today at 12:00 PM at the Upper Senate Park for a rally in support of a clean DREAM Act and permanent solution for Temporary Protected Status (TPS). Events included: stories from directly impacted people, calls to action by members of Congress, and a civil disobedience on the steps of Capitol Hill resulting in the arrest of Congresswoman Judy Chu (D-CA) and Congressman Luis Gutierrez (D-IL) and 182 individuals, five from the National Korean American Service & Education Consortium (NAKASEC).

Also the Chair of the Congressional Asian Pacific American Caucus (CAPAC), Congresswoman Chu stated, “There is a bipartisan bill ready to be voted on that I know could gain a majority vote if only Speaker Ryan would let us bring it to the floor. We have tried everything from large scale rallies to a small meeting with the Speaker to make our case. But each time, we have been ignored. Today, I know our words were heard, but will Republicans have the courage to act on them? Our ask is simple: let us vote on the DREAM Act so we can do the right thing for our families, our communities, and our economy.”

“Everyone, look around you and see all the people who support passing a clean DREAM Act. There are so many of us here which makes this moment so powerful. Now, I want everyone to think about the millions of people who could not be here, the people who cannot be public. That’s why I am here speaking today” said Maro Park, undocumented young leader and Immigrant Rights Campaign Fellow with NAKASEC and the only Asian American Pacific Islander (AAPI) community speaker at the rally.

Following the rally, 182 participants engaged in a civil disobedience action on the steps of Capitol Hill to demand Congress pass a clean DREAM Act by December 8th, the deadline for the government spending bill. “I participated in the civil disobedience because I am here for justice, not only for DREAMers, but also for parents and the other millions of undocumented folk who are still in the shadows. Fighting for justice for one person is fighting for all.” explained Tim Phan, youth activist from the Korean Resource Center (KRC), the Southern California affiliate of NAKASEC. Allen Majors from the Illinois Education Association stated, “I participated in the civil disobedience today because it is the right thing to do, to take a stand for other people who are at risk of being treated unjustly… to make this small contribution for friends and others who lives are in danger.”

Each day, 122 undocumented young people lose their DACA status and are at risk of deportation. Moreover, the recent TPS termination for Haiti, Nicaragua, and Sudan since September alone have affected almost 70,000 people. A refusal to vote on the DREAM Act and propose a permanent solution for TPS is a vote to deport millions of undocumented people who have made America their home. Congress must act now and attach a clean DREAM Act to the government spending bill by December 8th.