Re-Open a Government that Protects Our Youth 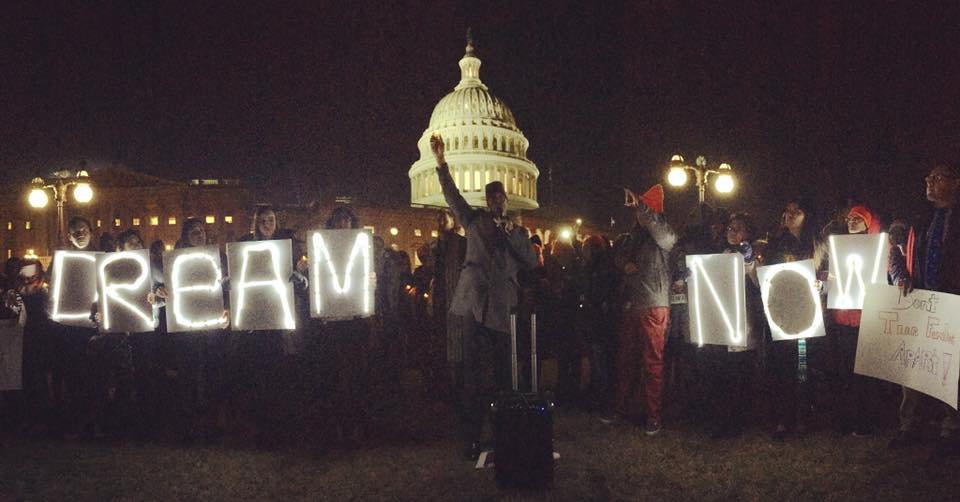 Since September 2017, the United States has operated without a budget. This is absolutely ridiculous and no way to run a country, lurching from one temporary spending bill to another.  Meanwhile urgent priorities like the Children’s Health Insurance Program, hurricane victim relief, and a solution for millions of immigrant youth get punted like a political football..

The President, The Speaker of the House, and the Majority Leader in the Senate must step up, agree to bipartisan solutions and stop risking the lives and futures of young Americans.

Our government has ignored too long the more than two million youth who have for many years been living, going to school, or working, and calling the United States home. Addressing the current stalemate on Capitol Hill, Deferred Action for Childhood Arrivals (DACA) recipient Jung Woo Kim stated, “I have worked hard and paid federal taxes for many years.  But the federal government does not protect me nor represent me. The sad truth is that a democracy and a functional government has been shutdown for a person like me and my fellow two million young people for decades.  It is heartbreaking that the current President and Congress are playing politics with the lives of so many of us young people across America.  This is the moment to make sure we have a government that really is for the people, including young people like me.  The federal government must be re-opened by passing a clean DREAM Act now.  It’s a common sense solution that the American people clearly supports.”

Currently, 122 young people are losing their DACA protection every day and instead facing the risk of deportation.  After March 5th, more than 1,000 will begin losing their status every day.  More than a million additional immigrant youth have absolutely no DACA protection and are facing family separation everyday because they could not qualify for DACA due to arbitrary age caps.

Polling has shown that more than 80% of the American public support for a pathway to citizenship for immigrant youth. The Development, Relief, and Education for Alien Minors (DREAM) Act was first introduced 17 years ago and the most current version of the bill, DREAM Act 2017, received bipartisan support in both chambers of Congress.  Passing a clean DREAM Act with the next spending bill vehicle is the best solution to reopen a government that protects our immigrant youth.

A clean DREAM Act should be passed without any anti-immigrant and hateful proposals attached, such as an attack on family reunification, the diversity visa program, or wasting U.S. taxpayer resources on militarizing the border.

NAKASEC, HANA Center and KRC demand a debate regarding just and humane comprehensive immigration reform immediately after a clean DREAM Act is passed.  America cannot wait any longer when millions of hard working immigrant parents and adults have no rights and protection from the government, more than four million Americans have been waiting to be reunified with their loved ones, and thousands of Temporary Protected Status (TPS) holders’ lives are being destroyed by sudden removal of their status.

Together, we can and must fix this broken immigration system.