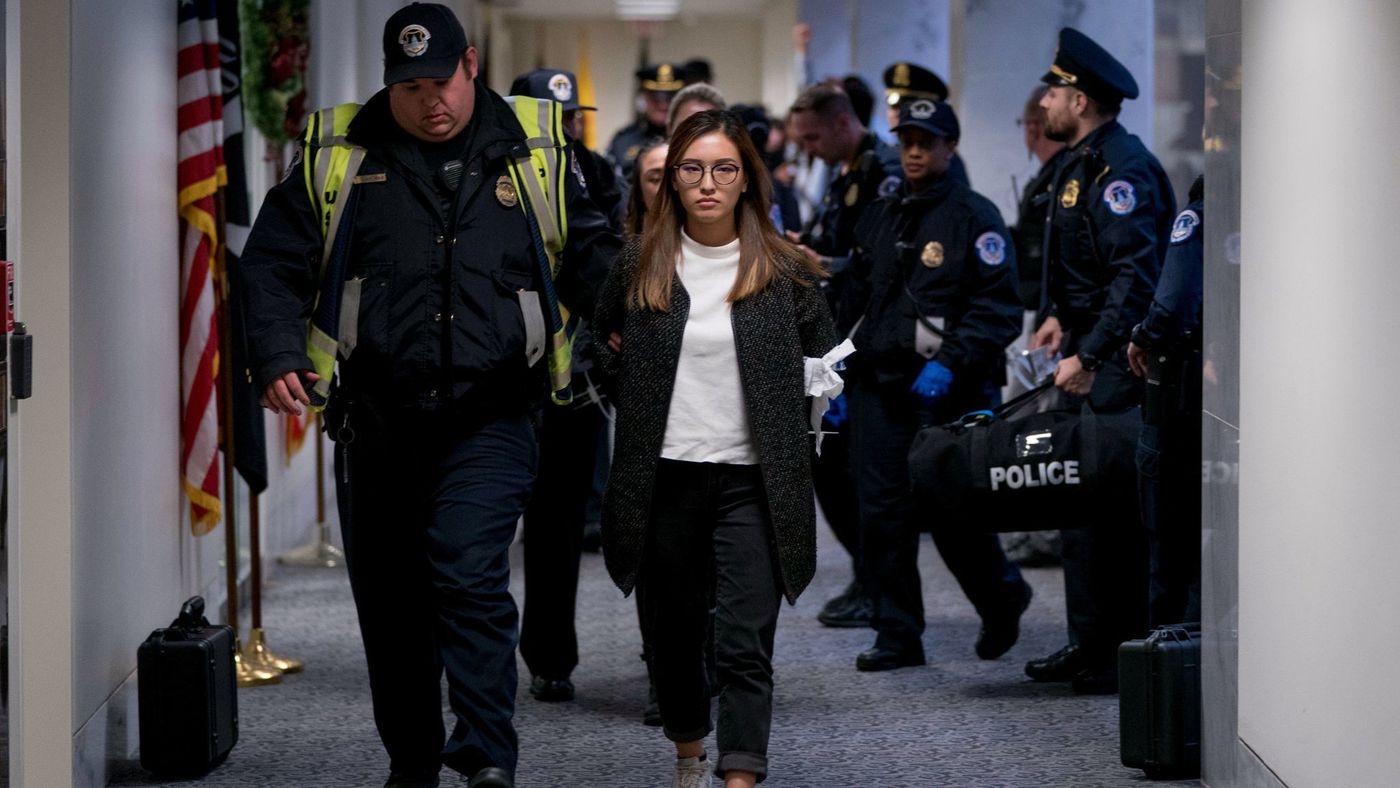 Student-Teacher Day of Action: Hundreds of students and educators flood Congress to demand a clean DREAM Act by December 22nd

Washington D.C. – With three days left in the Congressional calendar before the December 22nd deadline to pass a Continuing Resolution (CR) that avoids a government shutdown, hundreds of students and teachers from across the nation joined undocumented youth and allies today, flooding Congressional offices to stress the urgency of attaching a clean DREAM Act to the CR. Led by the National Korean American Service & Education Consortium (NAKASEC) and affiliates HANA Center and the Korean Resource Center (KRC), advocates demonstrated to our nation’s leaders that our youth generate significant social and economic value and are truly the future of this country. Partnering organizations included United We Dream, CASA, the Coalition for Humane Immigrant Rights of Los Angeles (CHIRLA), the New York Immigration Coalition (NYIC), and Asian Americans Advancing Justice.

(Chloe Pan, a student at UCLA, shares why she is participating in the Student-Teacher Day of Action)

Jonathan Paik, Orange County Director for KRC, stated: “This day of action is a moment for students and educators to stand in solidarity with their peers and fellow students – to fight for their pupils, classmates, and friends. Immigration justice must include a right to an education and to thrive in this country. We ask our elected officials – what side of history are you on?”

“This is a critical opportunity to get clean legislation passed that will not further marginalize immigrants with harsh security provisions. We have to act now!” added Janelle Wong, Professor of American Studies at the University of Maryland and participant in today’s action and civil disobedience.

J.J. Hsu, a student at University of California, Irvine, underscored the urgency of passing a clean DREAM Act. “I’m here today to fight for my friends at school and their teachers as well, some of whom are also DACAmented. Since the Trump administration cancelled DACA, over 12,000 young people have lost their protective status. The DREAM Act will protect young people all across the country. Why should they live in fear when we do not? Pass the DREAM Act now!”

Immediately following a rally, hundreds of community members flooded more than 40 congressional offices for targeted legislative visits and sit-ins, emphasizing that the DREAM Act must be attached to this week’s Continuing Resolution, and that during negotiations, the current family immigration system and diversity visa lottery must remain intact. Students and educators shared their personal stories and urged Senators to vote “no” to a Continuing Resolution if a clean DREAM Act is not attached.

(Nayoung Ha, Organizing Director of the HANA Center, with volunteers during sit-in at Senator Schumer’s office)

NAKASEC and affiliates visited the offices of Senator Dianne Feinstein (CA), Senate Minority Leader Chuck Schumer (NY), Senator Tim Kaine (VA), Senator Mark Warner (VA), and Senator Dick Durbin (IL). Moved by the efforts of members of NAKASEC and HANA Center from Chicago, Senator Durbin confirmed publicly that he will vote “no” on the upcoming CR if the DREAM Act is not attached.

A number of community leaders were arrested by Capitol Police following sit-ins at Senator Feinstein (CA) and Senator Schumer’s offices. Neither Senator gave an answer whether they will vote “no” a CR if the DREAM Act is not included. NAKASEC, HANA Center and KRC are committed to occupying offices of key Senators until advocates receive a clear response indicating whether they will commit to voting “no” on the upcoming CR unless a clean DREAM Act is attached.

(Inhe Choi, Executive Director of the HANA Center, and Janelle Wong, Professor at the University of Maryland, arrested at Senator Kaine’s office)

“I just want a chance to pursue my dreams and help my community…We can all help each other out if we are just given a chance. That is all we are asking, allow us to fulfill our potential,” urged Brenda Moreno, a DREAMer from Baltimore who teaches ESOL for the Baltimore City public schools. Fair Immigration Reform Movement (FIRM) spokesperson Kica Matos stated, “Members of Congress have to decide if they will side with white supremacists, or if they will vote to protect the more than 800,000 undocumented immigrant youth who are every bit American…Passing the DREAM Act is about upholding our nation’s values of freedom, opportunity, justice, and equality—it’s about walking the walk. Congress needs to do its job and protect these DREAMers.”