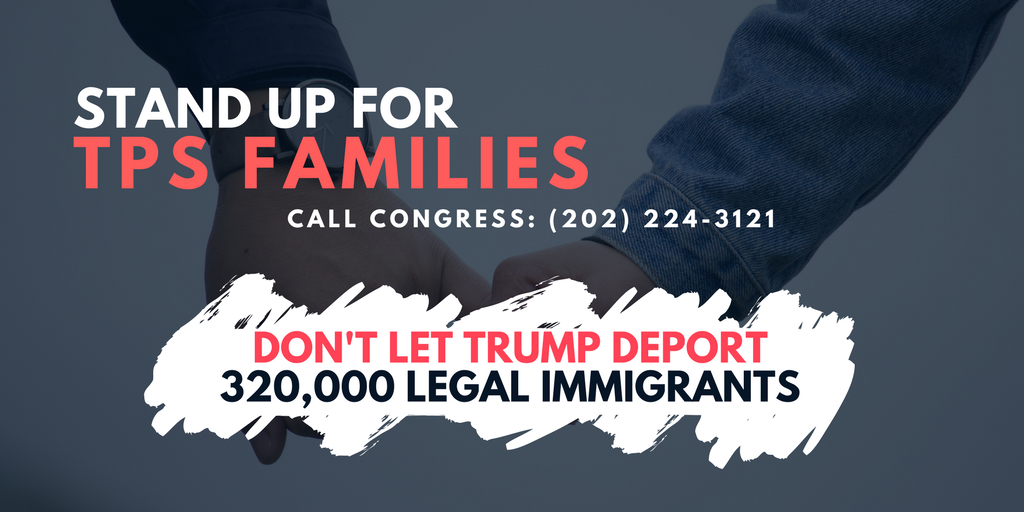 Ending TPS is a Direct Attack on Vulnerable Immigrant Communities

In a continuing attack against immigrants, the Trump Administration announced on November 6, 2017 a deplorable decision to end Temporary Protected Status (TPS) for nearly 3,000 Nicaraguan Americans effective January 2019 while leaving thousands from Honduras with an uncertain future for another six months.

By ending TPS for these vulnerable communities, the Trump Administration will be forcing families to return to countries that are not adequately prepared to receive them and are additionally facing severe violence and humanitarian crises. There are currently 300,000 Honduran, Nicaraguan, Haitian, and Salvadoran TPS recipients living in the United States. These immigrant Americans are parents, co-workers, community members, and neighbors that we see each and every day. They pay taxes, contribute to our communities and economy, and deserve to stay in the country they now call home.

Traditionally, TPS has been renewed and families are allowed to remain in the United States.  The Trump Administration’s choice to turn their backs on these communities and deny extension is just another vicious prong of Trump’s white supremacist, anti-immigrant agenda that directly harms communities of color.

NAKASEC and is affiliates the Korean Resource Center (KRC) in Los Angeles and Orange county and HANA Center in greater Chicago condemn these actions enacted by the Trump Administration. To abandon them is un-American and antithetical to the idea that the United States is a land of dreams and equal opportunity. NAKASEC and its affiliates support immigrant families and allies in the face of hate, xenophobia, and bigotry. We demand a permanent solution that protects TPS recipients NOW.