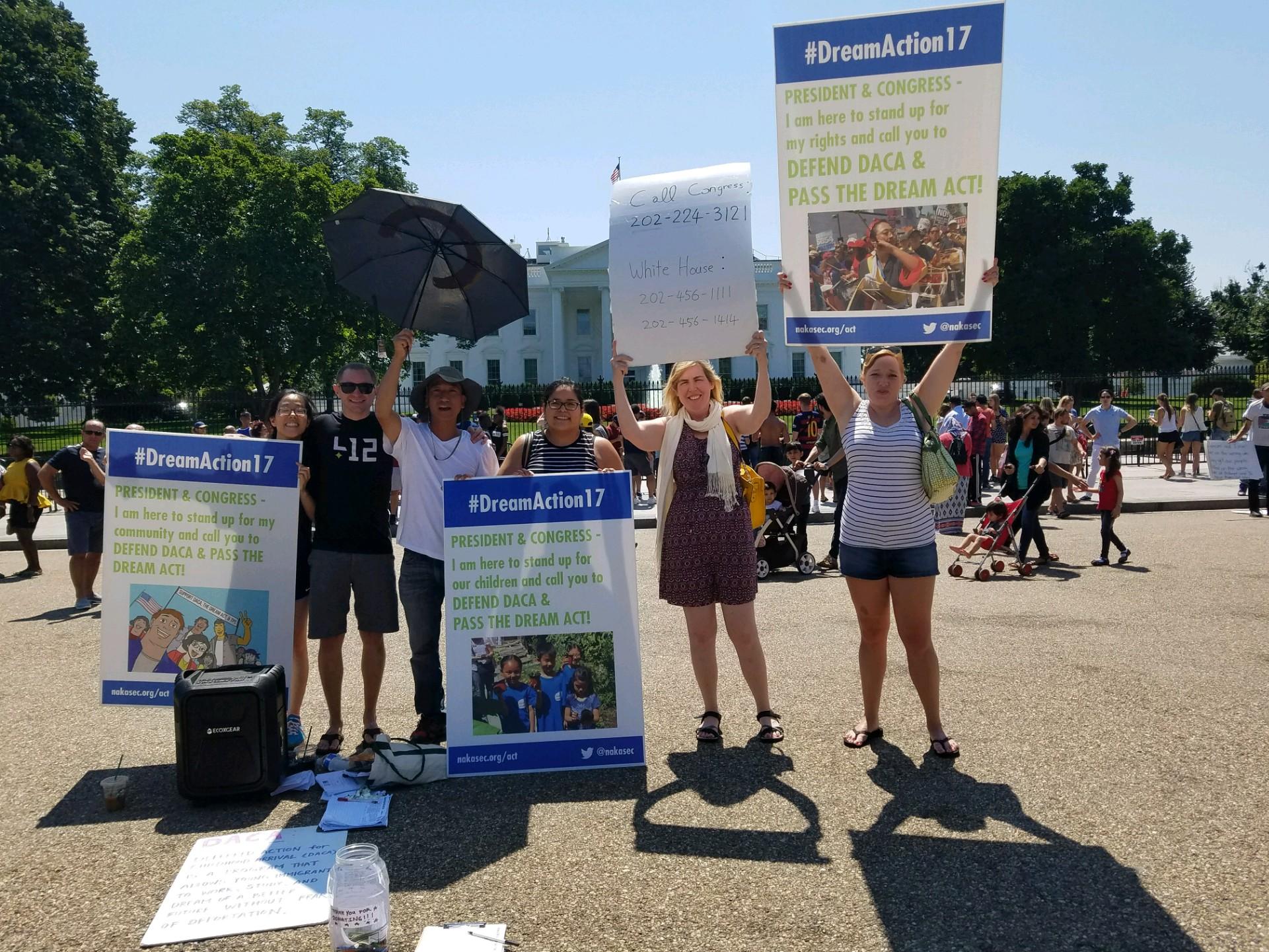 4 PM TODAY: With DACA in Danger, Immigrant Communities Vow to Fight Together to Protect Our Young People’s Future

Following reports that there are serious efforts within the Trump Administration to end Deferred Action for Childhood Arrivals (DACA), NAKASEC and United We Dream will be holding a rally at 4pm today, Friday, August 25, in front of the White House. DREAM Action leaders are calling on everyone — community, faith and civic leaders, advocates, allies and friends — to join us to demand that President Trump defend DACA.

“DACA enables nearly 800,000 young people to live with dignity and work and go to school without fear of deportation. It allows them to contribute to the country that they love – and the only home that many of them have ever known. That’s why DACA has enjoyed strong bipartisan support from Congress as well as the public.

“Immigrant communities and allies have organized for years to be able to live free from fear of deportation. DACA gives some of us that breathing space. If the Trump administration is signaling that they will end DACA, they are sending a clear message that they do not care about young people and will actively harm them and their families. It is an outrage and a disgrace that the President of the United States is willing to be influenced by a hateful anti-immigrant, white supremacist agenda and eliminate a program that has transformed so many lives and helped boost the economy. Ending DACA will hurt this country.”

“We love our communities. It is this love that inspires and energizes us as we join in solidarity in front of the White House through heat and rain, all hours of the day and night. Since our action began, we have spoken with thousands of visitors to raise awareness about DACA. Through our conversations we have witnessed huge support, which reflects the fact that 8 in 10 voters support DREAMers being allowed to stay in the U.S.”

Since August 15 – the five-year anniversary of DACA, the National Korean American Service & Education Consortium (NAKASEC) has been leading a coalition of advocates, faith and community leaders at #DREAMAction17, a 22-day round-the-clock action in front of the White House to defend DACA and protest any attempts to repeal it or use it to pit members of the immigrant community against each other.