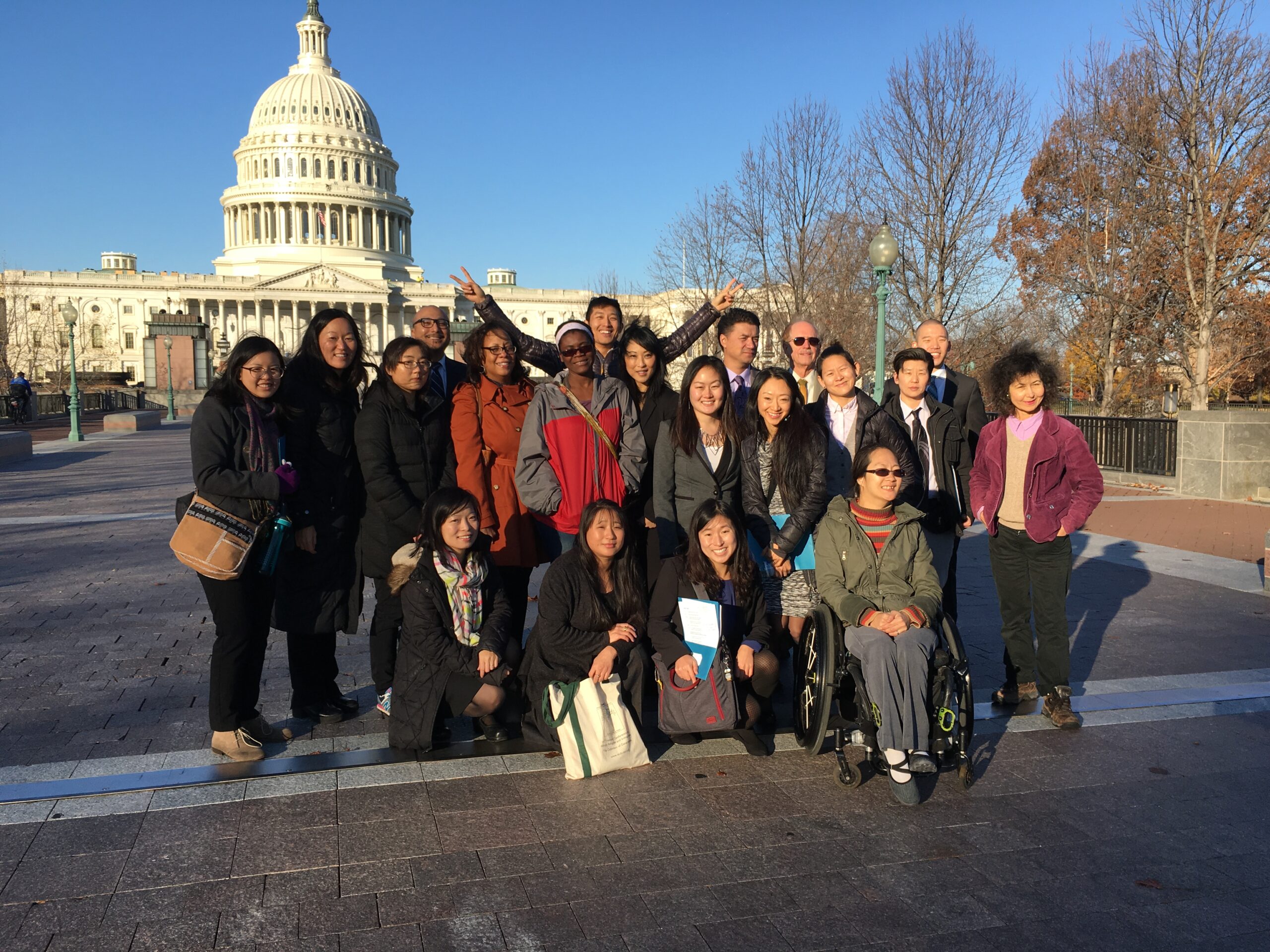 WASHINGTON, D.C. — On December 1st, the Adoptee Citizenship Day of Action, 25 adoptees and allies from across the nation travelled to Washington D.C. for a full-day of legislative meetings with 21 congressional officers, delivering over 35,000 postcards from the “Family is More than DNA” campaign and advocating for the Adoptee Citizenship Act (ACA). The 35,000 postcards represent the number of adoptees without citizenship in the United States. The Day of Action also included a media briefing in the Rayburn House Office and a call to action via social media to mobilize calls to Senator Grassley and Congressman Bob Goodlatte, Judiciary Committee Chairs.

A big push to move the bill forward before the new Presidential administration takes office, the Adoptee Citizenship Day of Action was co-sponsored by the National Korean American Service and Education Consortium (NAKASEC) and the Adoptee Rights Campaign (ARC).

Prior to the Day of Action, two major strides were achieved in this movement to grant citizenship for all adoptees, which filled participants with newfound spirit and drive. First, the ACA gained four new co-sponsors on the House bill, HR5454, and one on the Senate bill, S2275. Second, ARC exceeded its goal of gathering 35,000 signed postcards from supportive constituents.

Joy Alessi, an adoptee without citizenship who spoke at the Day of Action, said: “Realistically, I cannot now recover some benefits such as financial support for college. Nonetheless, significant benefits I lack are certain employment opportunities, tax benefits, both current and future real estate incentives, marital survivor/estate benefits, social entitlements, civic rights, and unhampered retirement benefits. Additionally, acquiring US Citizenship will allow me peace of mind knowing I will never face separation from family, especially my adult son with special needs.”

Congressman Adam Smith, original cosponsor of the bill in the House, said: “Adoptees who are brought to this country should have the rights of any other American. In recognition of this, my colleague Congressman Trent Franks (R-AZ) and I introduced the Adoptee Citizenship Act of 2016, H.R. 5454, in June 2016. This legislation focuses on guaranteeing citizenship to international adoptees who were not covered by previously enacted legislation. Following the introduction of the Adoptee Citizenship Act, both Congressman Franks and I have been active in educating our colleagues about this pressing issue and the importance of bringing this common-sense, bipartisan legislation to the House Floor for a vote. With the support and advocacy of organizations like the Adoptee Rights Campaign and the National Korean American Service & Education Consortium, we are pleased to see that bipartisan interest in the bill is growing. As more Members of Congress and their constituents become aware of the situation, and stories of those impacted by the inequities our existing laws gain national traction, we are moving towards addressing this discrepancy in our legal system and ensuring that all international adoptees are able to remain in the United States with their families.“

Congresswoman Zoe Lofgren, a more recent cosponsor of the bill, said: “Despite being lawfully adopted by American families and knowing only the United States as home, thousands of adoptees have never have been able to exercise their rights of citizenship and continue to be subject to the threat of deportation to countries they do not remember.” Lofgren said. “The Adoptee Citizenship Act is about fairness and equality. The adopted children and biological children of American families should not be treated differently under our laws. I support this important legislation as it is time to finally close a chapter in our history that has too long denied children adopted by American families the opportunity to be recognized as the American citizens they are.“

Emily Kessel from the Adoptee Rights Campaign said: “As bipartisan support continues to grow, ARC urges lawmakers to give all international adoptees the US citizenship that they were promised by the government when they were adopted into this country by US citizen parents.“