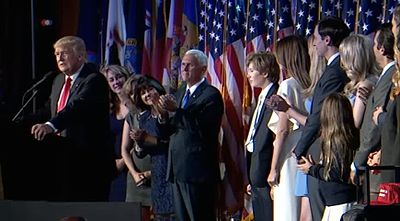 WASHINGTON, DC — On November 9th, the National Korean American Service & Education Consortium (NAKASEC) and its affiliates, the Korean Resource Center (KRC) in Southern California and the Korean American Resource & Cultural Center (KRCC) in Chicago, held a telebriefing to call on community members to unite during this uncertain time and urge the President-elect to uplift our country’s values of keeping families together and respect for all regardless of immigration status. We ask the next administration to protect the over 11 million undocumented immigrants living as second-class citizens in the United States from living with the fear of deportation.

Throughout this year, NAKASEC, KRC, and KRCC have hosted naturalization clinics to build immigrant voting power and registered 8,710 voters in California, Illinois, Virginia, and Maryland. Through these activities, we received over 50 media hits. It now more crucial than ever to mobilize these voters and organize our immigrant power to protect our communities in the next administration.

Over the past several weeks, NAKASEC and affiliates called and knocked on the doors of over 159,000 voters to inform the AAPI electorate about ballot measures and polling locations in California, Illinois, and Virginia. Due to all the hard work of our volunteers and staff, all of the ballot measures we advocated for were blocked or passed as we hoped. In Virginia, the anti-worker state constitutional amendment was blocked. In California, the tax increase on the wealthy with incomes over $250,000, tobacco tax increase, increased parole and good behavior opportunities for non-violent offenders, and restoration of bilingual education for limited English proficient learners were all passed. In Illinois, KRCC organized a robust Candidates Forum with over 160 community members to develop a voter guide according to the concerns they shared and issues they uplifted.

Since September 6th, the Adoptee Rights Campaign (ARC) supported by NAKASEC and its affiliates have gathered over 18,362 postcards urging Members of Congress to pass the Adoptee Citizenship Act. This legislation will close a loophole in a 2001 law that left 35,000 intercountry adoptees without citizenship of which over half (18,000) are Korean American adoptees. With ARC, NAKASEC and its affiliates also are demanding the immediate release of adoptees who are currently in detention, such as Korean adoptee Adam Crapser, and their removal from deportation proceedings.

Dae Joong Yoon, Executive Director of NAKASEC, said: “In the aftermath of the 2016 elections, we have been inundated with phone calls from community members, especially the undocumented youth and their families. We must be alert to what could happen in our immigrant communities, including potential attacks beyond our imagination. We must remember who we are and what we believe in. We must support each other to stay strong. Whatever attacks happen, we will fight back and protect each other. We as brave, hard working immigrant, contribute so much for America, this country we call home. The majority of Americans shared our values of respecting the dignity and rights of all human beings.

In the past, we have faced anti-immigrant attacks, be it the Sensenbrenner bill in 2005 or Arizona’s SB 1070 in 2010 that allowed local police to check the identification of anyone suspected of being undocumented. However, we fought back and have won significant victories. In 2012 DACA was introduced and many great programs in California including the CA Dream Act and Drivers Licenses for Immigrants. Therefore, as we keep focused on what we believe in, we will also strive to be more united and bring more Americans to stand with us.”

Inhe Choi, Executive Director of KRCC, said: “Thousands of Korean and Asian American immigrants, young and old, voted for the very first time in this election. The biggest reason they shared was that they were compelled to come out and act given the hatred that filled the public debate during the election. With a record turnout, our community has voiced a need for a government that will work to pass sensible policies that protect all immigrants, people of color, and marginalized communities. We urge the next Administration and the Congress to respect and embrace all people of this nation and uphold the core values of keeping our families together, especially the undocumented families.”

Jonathan Paik, Campaign Manager of KRC, shared: “We’re so proud of the accomplishments that our members have made over the course of the last 10 weeks to launch one of the largest AAPI civic engagement programs in the country. We are showing that the Asian American Pacific Islander voice is a voice that advocates for fair governance and justice for our communities. This is only the beginning and we look forward to continuing to build AAPI representation moving forward into the future.”

“It is an injustice that 35,000 members of the adoptee community were unable to participate in this year’s election since their citizenship has not been acknowledged. Our adoptions to the U.S. were facilitated by the American government so we could grow up with American families as Americans. Legislators must act now to remedy this situation by passing the Adoptee Citizenship Act so all adoptees can fully exercise their rights as Americans including voting rights,” expressed Becky Belcore, Member of ARC.

Victor Huynh, College Student and First-Time Voter in Annandale, VA, said: “As the son of two immigrants who came to America for a better life, I’m glad that I was able to vote for the first time this year. I voted absentee because I remember my dad going to vote and he had to wait in line for such a long time.”