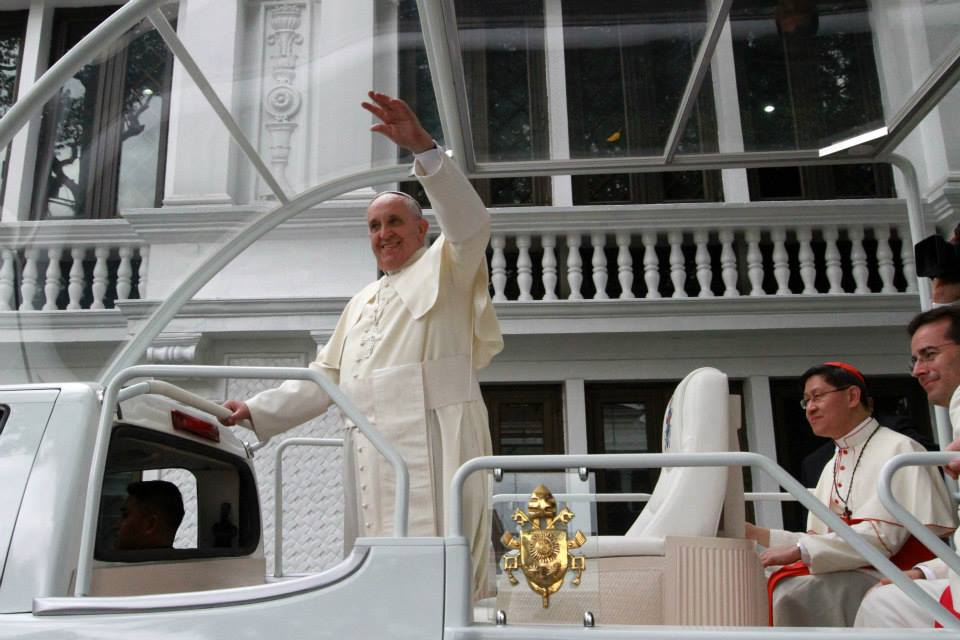 As members of the immigration movement we are proud to welcome His Holiness, Pope Francis, to America. Like many people of faith around the world, we have been inspired by the Pope’s message of recognition and call for justice and dignity for all people, including immigrants.

Pope Francis’ visit to the United States comes at a critical time when, again, the politics of the moment are ignoring the moral crisis of our broken immigration system. Every day that goes by, people continue to die at the border for the “sin” of seeking a better future; more families are separated by needless deportation; millions are forced to live in the shadows, in the margins of our society, subject to discrimination and exploitation because of their immigration status.

Unfortunately, rather than working to fix this problem, some Presidential candidates have engaged in hateful rhetoric and scapegoating of immigrants. Instead of offering real solutions to bring 11 million undocumented immigrants out of the shadows and on an earned path to citizenship, which the majority of the American people support, these candidates are undermining the values of our nation of immigrants.

Pope Francis has urged us to confront a culture of exclusion and indifference, saying:

A change of attitude towards migrants and refugees is needed on the part of everyone, moving away from attitudes of defensiveness and fear, indifference and marginalization – all typical of a throwaway culture – towards attitudes based on a culture of encounter, the only culture capable of building a better, more just and fraternal world.

We hope that the Congress opens its collective mind and hearts to the Pope’s message. While there is room for legitimate policy debate, it should be conducted in a constructive and civil manner that will allow us to move forward as a nation proud of our immigrant heritage, focused on the future, not on exclusionary past.

While we pray that the historic encounter between Pope Francis and the Congress may lead to the beginning of an honest debate of how to fix this broken immigration system, we are also mindful of the injunction that God helps those who help themselves.

We, therefore, call on the immigrant community and all people of good faith to join us in rededicating ourselves to the cause of common sense immigration reform, one that will create a 21st century immigration system worthy of who we are as a people and as a nation.

We summon the community to join us on September 24th, in a National Day of Prayer for Immigrant Families, the Congress, and for our Nation; to pray that we may find our way forward to solving this urgent matter in the spirit of unity and fellowship.

We also urge our community to commit to becoming full and active participants in the civic life of our country by becoming citizens, exercising their right to vote, and becoming advocates for full civic engagement by members of their communities.