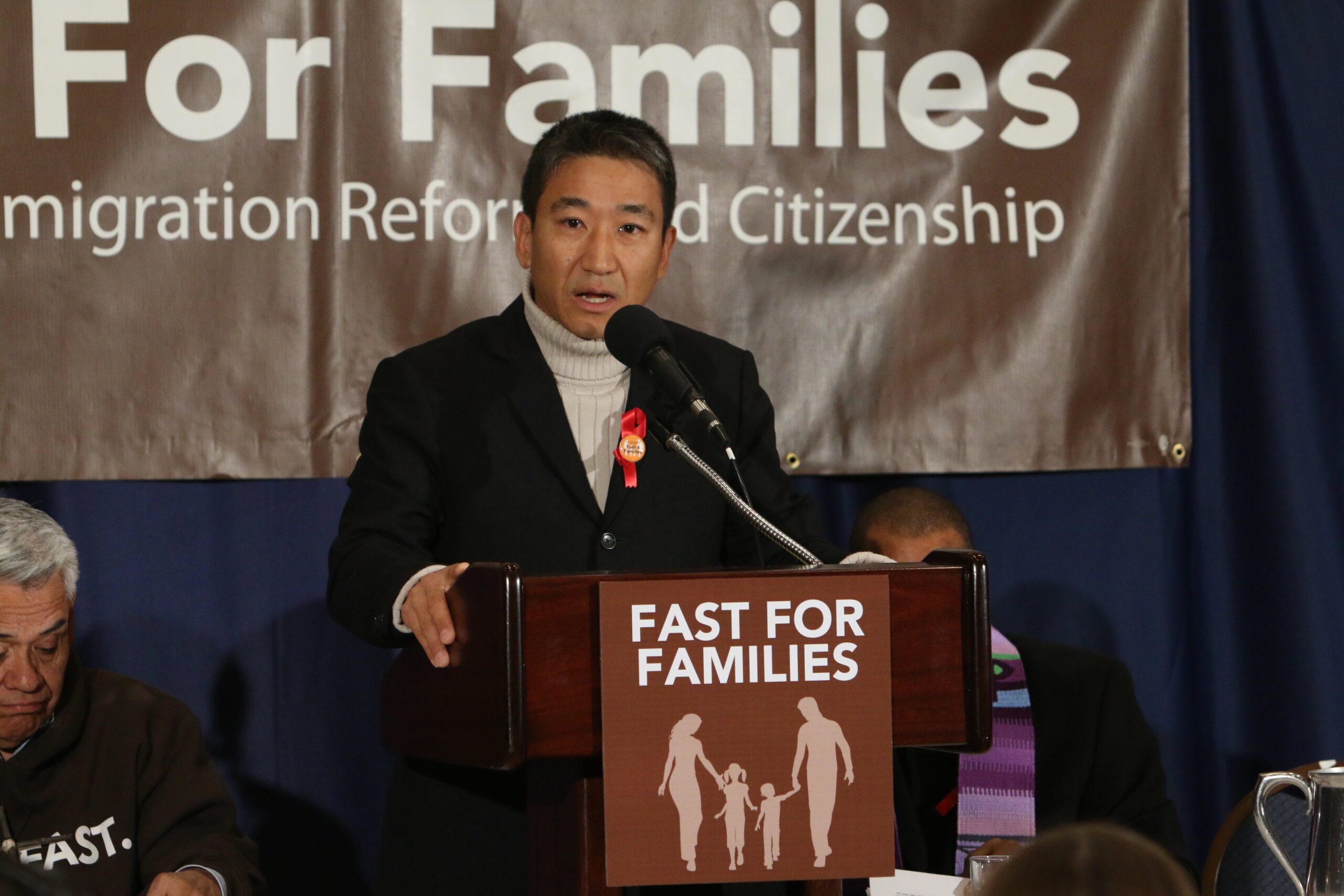 As I finished 22 days of fasting, I felt that I was the lucky one.

The growing pain of hunger that I felt as each day passed was overcome by the outpouring of support and words of solidarity that I received, along with fellow fasters Eliseo Medina, Cristian Avila, and Lisa Sharon Harper, from thousands of Americans.

Immigration is a national problem that is devastating America to its very core. On November 12, the Fast for Families was launched with a call for an end to family separations and a path to citizenship..

As I fasted, I saw that our movement has great power.

We have spiritual power. We were able to conquer our hunger for food by seeking a deeper level of being and focusing our attention on the suffering of others.

We have the power of immigrant activism with the keep-the-momentum determination that has typified our movement. House Speaker John Boehner was cornered everywhere; determined immigrant moms and dads drove thousands of miles to stand in the hallways of Congress each day for weeks; young leaders bravely told their stories, rallied, sang, prayed, and never faltered.  Each night, they came to our tent and recommit themselves. We gave each other the sustenance to keep going.

We showed our people power and that made lawmakers and policy makers take notice from members of Congress to President Obama.

As Congress ends the 113rd session without taking any action on immigration reform, I ask myself: “Did we fail?” And, my answer is: “Definitely not.” For me, it is like the recent government shutdown. Hard working Americans did what she or he was expected of them, to support their families and pay their taxes; the same taxes that are then used to pay the wages of these lawmakers. Yet, the House leadership failed the American people and shut the government down. By hurrying to wrap up Congress without taking action to enjoy the holidays with his family, it is Speaker Boehner who failed the American people one more time. We did more than our part and we will continue to do so in 2014.

On the 21st day of our fast, a hotel worker came to the room where Eliseo and I were sleeping at nights. She gave Eliseo a warm and tearful hug. She worked in the hotel kitchen and had been following the fast through the Spanish-language media. When she found out that we were staying at the hotel, she had to meet us. The fast had given her hope she had lost that someone understood her struggles and pain and was fighting with her, to support immigrant workers and keep families together.

This fast revived my hope as well. I am lucky that I had time to think about why I am on this journey and why I am fasting. Fasting gave me the chance to fortify my personal commitment to stand with immigrant families and workers. I saw how the fast ignited a spark by bringing communities together.

We are at a watershed moment. I was reminded of the power that each of us has and that the American people are the ones who can change the course of history. As we look towards 2014, we will expand our base and organize our supporters, and always share stories along the way. In the long road to reform that we are walking, we will win.