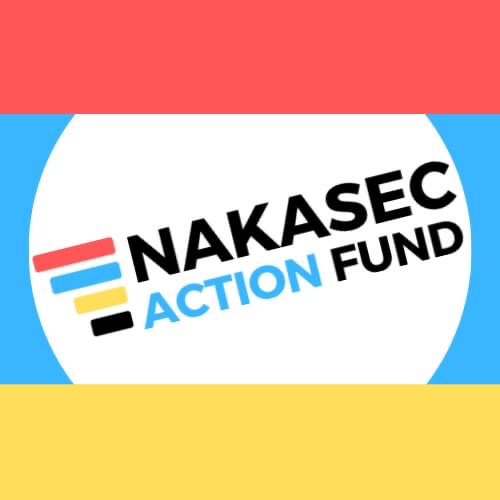 Office of the Vice President

You have a unique historic opportunity to help enact legislation that creates a pathway to citizenship for many immigrants in the United States.

We write to you as organizations committed to our impacted memberships to implore you to exert your constitutional leadership. Many of us actively serve immigrant families on a daily basis, through accumulating mutual aid funds to bear immigrant families through the pandemic, assisting DACAmented community members and staff whose DACA has expired due to the backlog, and providing other legal, housing, and health services to the millions who may not have the privilege of qualifying for any type of status. That is to say, we constantly see and represent their (and our) struggles.

Many of our organizations also mobilized underrepresented voters to participate in federal and state elections, including the 2020 election. Your campaign ran on the promise of delivering a pathway to citizenship within the first 100 days.  While we appreciate the action you have taken thus far, we reiterate that a large majority of our members, many of whom took action to turnout voters in 2020, deeply believe anything less than a pathway to citizenship is unacceptable.

Despite the repeated, unfortunate and misguided advice of the Senate Parliamentarian on this question, as the Presiding Officer of the Senate it is ultimately up to you to decide whether to take action to make a pathway to citizenship possible.

You are legally authorized to reach a conclusion independent from the Senate Parliamentarian’s erroneous advisory opinion, and to clear the path for Democrats to finally deliver on the promise of legalization. This is a crucial moment, where millions of immigrants living in the United States are relying on you to take a major step towards reforming our broken immigration system, lifting the constant fear of deportation for them and their family members and finally offering them an opportunity to fully integrate into our society.

Aside from being the morally correct thing to do, this action would also comport with the will of the American people, 70% of whom overwhelmingly support a pathway to citizenship for undocumented immigrants. After all, the role of the Senate Parliamentarian’s office is to advise the Presiding Officer as to what precedent indicates should be the correct ruling on a pending parliamentary inquiry or point of order—but the Presiding Officer has the discretion of accepting or ignoring that advice. That is to say, the Parliamentarian is an unelected official, whereas the American people have elected you to one of the most important offices in the country, trusting you to recognize the undeniably massive and non-incidental budgetary impact that legalization would create in the billions of dollars.

This is exactly the kind of bold action the people demanded when they gave Democrats control of both chambers of Congress and the Presidency. It is imperative that you exercise your legitimate authority to advance the Judiciary Committee’s proposal to provide a pathway to citizenship.

The Senate Parliamentarian’s advisory opinion was riddled with flawed reasoning and consideration of irrelevant factors that “made it abundantly clear how eager she was to get to ‘no,’ despite ample precedent and a strong rationale that would allow for the immigration proposal to be included in a reconciliation bill.” Not only does a pathway to citizenship satisfy the “Byrd Rule,” but it is a “perfect fit for reconciliation.”

The statutory basis for this authority lies in 2 U.S.C.A. § 644. According to this provision, if a Senator objects that certain provisions being brought to the floor are extraneous to the budget reconciliation process on the grounds that the Senate Parliamentarian had advised to that effect, that point of order would have to be sustained by the Chair, namely the Vice President acting as Presiding Officer. In fact, in 2017, Sen. Ted Cruz spoke in support of this strategy.

The Parliamentarian’s own advisory opinions confirms that the Chair does in fact have the power to put to vote provisions that the Parliamentarian advises run contrary to the Byrd Rule. The 2005 reconciliation bill contained substantive immigration reform provisions and was not rejected under the Byrd Rule. In her first advisory opinion on the inclusion of a path to citizenship in the 2021 reconciliation bill, Parliamentarian MacDonough claims that the 2005 precedent lacks precedential value because there was “no ruling by the Chair…pertaining to the merits of the proposal.” Put simply, a provision that might run afoul of the Byrd Rule can still make its way through the floor vote if it goes unchallenged by a Senator; and a provision can survive if the Chair makes a favorable ruling and the Senate lacks the 60 votes to overturn the Chair’s decision.

We—as organizations representing impacted memberships—mobilized Black, Brown and AAPI voters in the 2020 election. With Democratic control of the White House, Senate, and House of Representatives, Democrats now have the unique opportunity to deliver on a policy that over 70% of Americans strongly support- an opportunity that Democrats cannot allow an unelected Parliamentarian to derail. You, through your constitutional role as the President, and Presiding Officer, of the Senate, have the power to clear the path for legislation that will transform the lives of millions of undocumented immigrants, their families, their communities, and the entire country.

The Illinois Coalition for Immigrant and Refugee Rights (ICIRR)